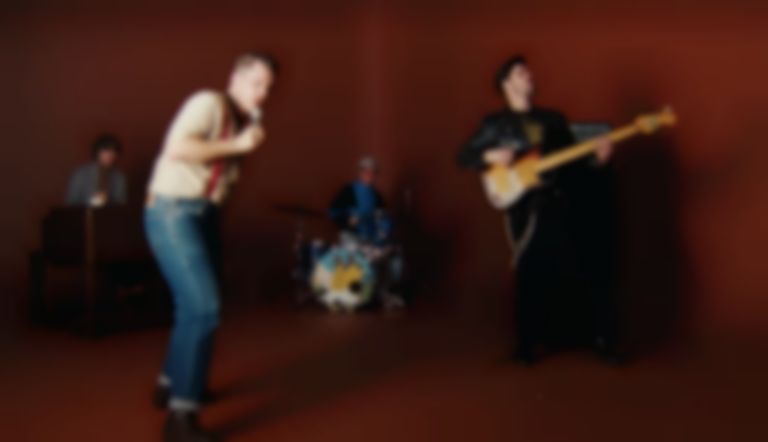 According to BrooklynVegan, Parquet Courts' first show since the COVID-19 pandemic saw the band perform five new songs, one of which was "Plant Life" - a track that was debuted on Dr Rob's Remedy radio show in June.

The other new songs included "Walking At A Downtown Pace", "Just Shadows", "Black Widow Spider" and "Homo Sapien", and footage of the new tracks has since appeared online.

Although Parquet Courts are yet to officially announce their follow-up to 2018's Wide Awake! album, Dr Rob did say in June that their forthcoming album is titled A Sympathy For Life, and it's due out in October.

Parquet Courts' A Sympathy For Life album is reportedly due for release 22 October via Rough Trade Records.