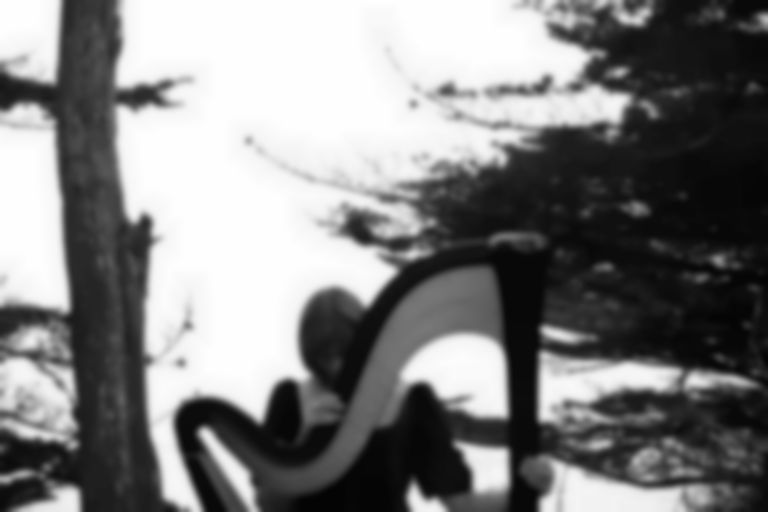 US harpist Mary Lattimore has released "Silver Ladders", the title-track and third single to be shared from her Silver Ladders album.

Lattimore says of her new release, ""Silver Ladders" was written about this place in Croatia on the island of Hvar, where the sea was deep greeny-blue and you could float with all of the people from the town. There were all of these ladders from the stone path right into the water. I thought it was the most beautiful place on Earth, as a person who loves to swim. I was hired to play a wedding in Big Sur, another breathtaking spot, and the rugged coast reminded me of my time in Croatia, so this melody came to me as I was warming up for the wedding. I recorded it on my phone and that's where the song came from."

She adds, "This was one we tried to recreate it in the studio, but the demo sounded better and purer. The ending was smudgy and watercolory already but I tried to describe to Neil what I wanted from it, even more strange and suspended in the air, and he pulled some wizardry and made it sound just how I'd imagined it. The demos I made with the idea that he was the one to fulfill what the song was asking for with techniques I didn't know how to manifest but could kind of amorphously describe. He really "got it" and that's why we were a good team, along with his beautiful new ideas (especially adding all the bass synth) that really worked with the vibe."

Silver Ladders, Lattimore's first album since teaming up with Mac McCaughan on his AVL album in May, was recorded across nine days in Cornwall with Slowdive’s Neil Halstead.

On working with Halstead on her new album, Lattimore explains, "A friend introduced us because she knew how big of a fan I was and Neil and I had a little chat... The next day, I just thought maybe he'd be into producing my next record. I flew on a little plane to Newquay in Cornwall where he lives with his lovely partner Ingrid and their baby. I didn't know what his studio was like, he'd never recorded a harp, but somehow it really worked."

"Silver Ladders" is out now. Mary Lattimore's Silver Ladders album will be released 9 October via Ghostly International, and is available to pre-order now.