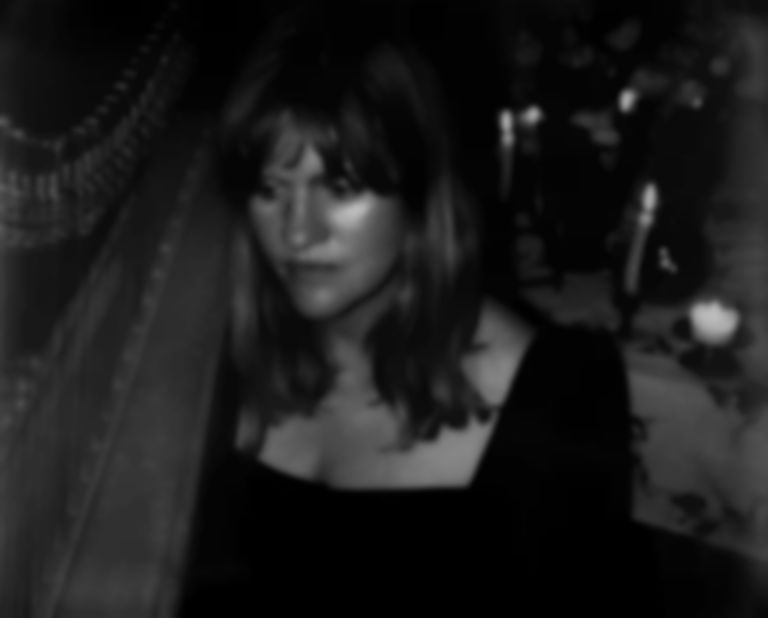 "Sometimes He's In My Dreams" is the first new release from Lattimore since May's "Dreaming of the Kelly Pool" with Paul Sukeena, which was released as part of Mexican Summer's Looking Glass single series.

The new track is a first taste of Lattimore's forthcoming album Silver Ladders, which she recorded across nine days in Cornwall with Slowdive’s Neil Halstead.

Lattimore says of the new track, "It's a song borne from a long improvisation - it was a section we both liked out of a longer piece. After I finished playing, Neil shaped it and looped part of it and then added his dreamy guitar line. What started out as simple meandering solo harp with a ricocheting delay got a little deeper and more fully formed with Neil's help. It's probably my favorite part of the record because it's nothing I would've thought to do, having made a lot of music on my own on the past. Plus, that guitar!"

On working with Halstead on her new album, Lattimore adds, "A friend introduced us because she knew how big of a fan I was and Neil and I had a little chat... The next day, I just thought maybe he'd be into producing my next record. I flew on a little plane to Newquay in Cornwall where he lives with his lovely partner Ingrid and their baby. I didn't know what his studio was like, he'd never recorded a harp, but somehow it really worked."

Silver Ladders will follow on from Lattimore and Mac McCaughan's AVL album that landed in May.

"Sometimes He's In My Dreams" is out now. Mary Lattimore's Silver Ladders album will be released 9 October via Ghostly International, and is available to pre-order now.