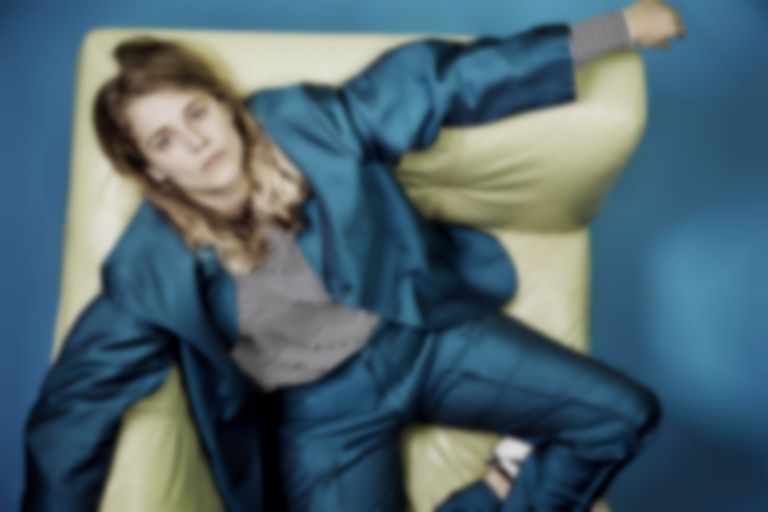 Marika Hackman has detailed her second record I'm Not Your Man and shared a video for lead single "Boyfriend", which features The Big Moon.

Yesterday the cat was let out the bag, with a profile on the Tristan Pigott-created artwork also giving up the title and tracklist. The eagerly awaited LP will follow 2015 debut We Slept At Last, and if you pre-order it now you can get access to tickets for a secret London show on 6 March.

Hackman's new "Boyfriend" video is directed by Libby Burke-Wilde and is described as "a visual call-to-arms to anyone who underestimates a woman’s abilities."

"I felt more bold and confident to stop hiding things, to stop talking about water, lakes, and trees when I just wanna write about the fact that I've broken up with my girlfriend," says Hackman of the track. "I wanted to let rip and lose control. That's the kind of music I've always wanted to make. When I was younger I wasn't looking at Joni Mitchell. I was looking at Nirvana thinking, 'I wanna be like that!'"

Firm friends The Big Moon appear on several tracks on I'm Not Your Man. "They really captured the soul of what it all meant to me and brought a lot of fun and creativity," adds Hackman.

As well as the album news and video, Hackman's unveiled an interactive website (which you can visit now) featuring hidden snippets of new tracks and titbits of info about the record and its creation. Prizes if you find all the clues...

I'm Not Your Man will be released 2 June via AMF. You can pre-order it now via iTunes.