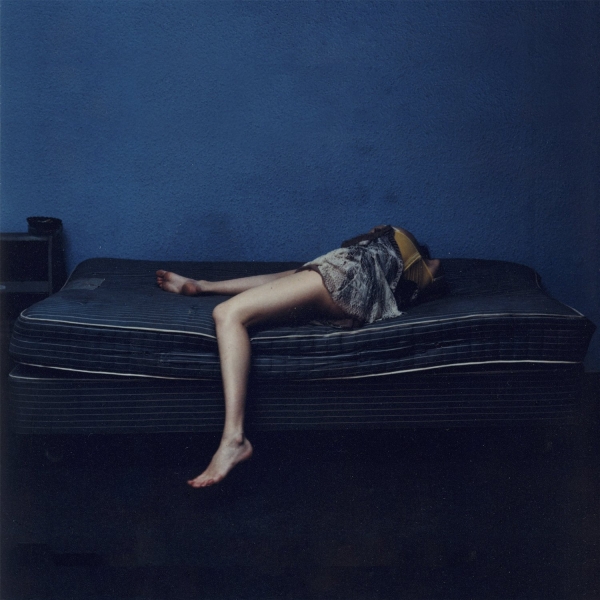 “Potential” is a word that comes loaded with prefigured disappointment—it doesn’t guarantee anything and its fulfillment is never certain. When she first arrived on the scene, Marika Hackman was barely 20, an artful ingénue with potential in excess. Now, with two lauded EPs behind her, Hackman’s debut album We Slept At Last proves once and for all that the buzz was not without basis.

Initially, Hackman was labeled a folk singer, but she deliberately diverges from Joanna Newsom-style vocal acrobatics and Laura Marling’s lyrical earnestness. There is a spacious darkness to her music. She sings in what might be described as a kind of vocal deadpan, delivering her words without fuss or flourish. Album opener “Drown” sets a melancholy precedent, with Hackman declaring: “Oh I am old/as bronze posing as gold/you can shine me all you want/but I am hard as I am cold”. A deftly fingerpicked acoustic guitar is her primary accompaniment, and it’s only the occasional layered harmony takes the track from skeletal to ethereal.

If a few of the production techniques used here seem familiar—like the sudden silencing of all instruments to highlight an intricate harmony—it’s because they are. Charlie Andrew, who produced Alt-J’s first two records, is also at work on We Slept At Last. Hackman is by no means a disciple of the band; none of their sheer frenetic energy permeates her minimalist approach. However, Andrew’s knack for cultivating a gloomy and beguiling atmosphere is evident in both artists’ output. The melody of “Ophelia” is so stark it’s utterly mesmerizing, not to mention befitting the song’s tragic namesake. If Hackman is making folk music, she is doing so far outside the twee singer-songwriter mode. Her lyrics aren’t overly personal or self-indulgent, and she’s far more likely to be found waxing poetic on a nature scene than bemoaning the state of her love life. Granted, some classic UK folk sounds (think medieval arrangements—fiddles and flutes) make their way onto the record, but they never seem hackneyed or outdated.

“Monday Afternoon” and “Next Year” are high points in Hackman’s vintage ventures. Both are ornate cuts heavy with the weight of ghosts and former selves. And their respective tempos would be soothing if Hackman’s voice wasn’t so capable of conjuring the eerie and austere. With We Slept, she has clearly defined and mastered a sound for herself: shadowy and spellbinding, acoustic but not confessional. There are no outlying songs on the record, though the tropical-tinged “Animal Fear” marks something of a sunny reprieve.

Perhaps Hackman has left herself vulnerable to accusations of sameness, but consistency is not uniformity here.  Ultimately, We Slept At Last is an impressive debut that showcases an enchanting and fully fleshed-out sonic vision. With a demonstrated degree of control and self-awareness, this is surely not the last we’ll hear from her.