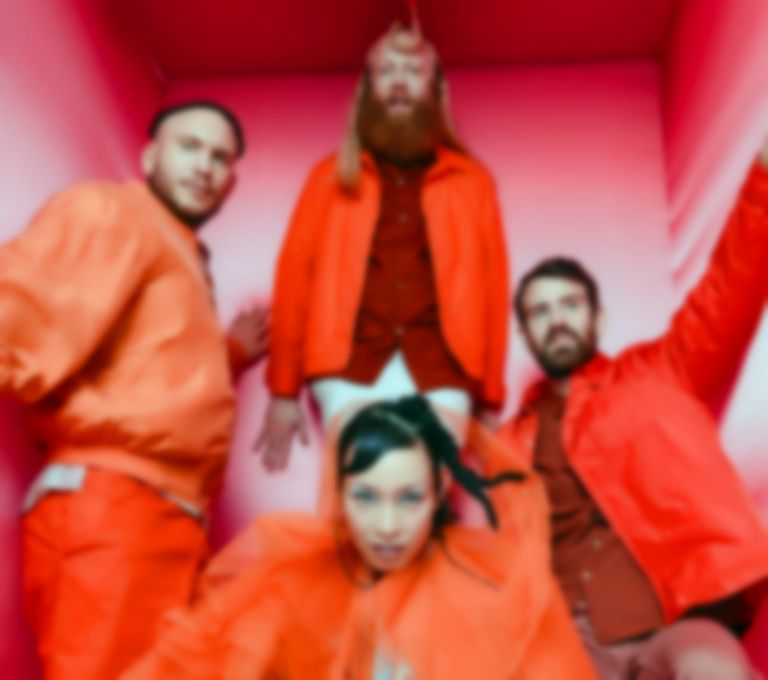 Little Dragon have recruited Kali Uchis for their new single "Are You Feeling Sad?", lifted from their forthcoming LP New Me, Same Us.

"Are You Feeling Sad?" is the first time Little Dragon have worked on a song with Kali Uchis, and arrives after January's lead single "Hold On".

Little Dragon say of their collaboration with Kali Uchis, "We are super excited Kali features on this track. All of a sudden at the end of last year, this version appeared in our emails like a beautiful Christmas gift. She put her twist on it and gave the track an amazing energy. Did we mention we also love her?!”

Little Dragon recorded and produced New Me, Same Us from their home studio in Gothenberg. It'll follow on from their 2017 album Season High.

They say of their forthcoming record, "This album has been the most collaborative for us yet, which might sound weird considering we’ve been making music together for all these years, but we worked hard at being honest, finding the courage to let go of our egos and be pieces of something bigger."

"Are You Feeling Sad?" is out now. Little Dragon's New Me, Same Us album lands 27 March via Ninja Tune, and is available to pre-order now. They play London's O2 Academy Brixton on 26 March. Find out more.