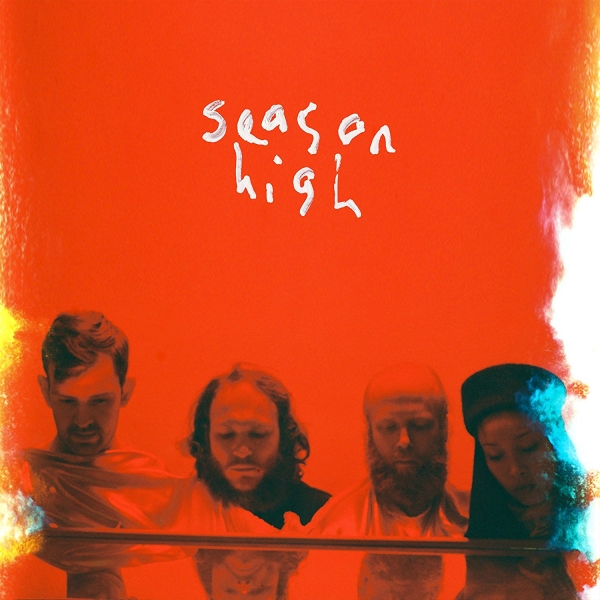 There is perhaps a tendency among music writers to speak of Sweden as if “Dancing On My Own” were its national anthem, Max Martin its poet laureate and ABBA its aging royal family. In that context it’s tempting to regard any Swedish pop that isn’t so painstakingly constructed you can practically hear the mathematicians scribbling as an anomaly.

But over the past decade, Gothenburg-based band Little Dragon have made their presence known with an oeuvre of left-field dance music. Season High is the follow-up to 2014’s critically acclaimed, slow jam-packed Nabuma Rubberband.

The band are promoting their new release with an extensive tour that included Coachella, and it’s easy to hear how well these songs must play on a desert afternoon. The first single “High” feels sun-bleached and perfectly suspended, frontwoman Yukimi Nagano’s sultry vocal floating above a heavy, Dev Hynes-esque beat. And then the disco rush kicks in: “Sweet”, is a brimming with scratches, Skype-ringtone squeaks and pops, and Prince-reminiscent staccato falsetto.

The tone shifts at the halfway mark with “Butterflies”, a buzzy, introspective ballad akin to Beach House’s Depression Cherry. It might be well be the album’s only downer, but it also showcases Little Dragon’s satisfying quirk of doing their song titles justice. The glitchy synths that build about from 40 seconds into “Butterflies” can only be described as – well, fluttery. “High” is distant, dreamlike and drifting. The insistent synth pulse of “Strobe Light” is a similarly literal translation.

After “Butterflies”, things perk up quickly with the clatter and chime of “Should I”, in which Nagano scolds an apathetic lover with the wonderfully reproachful line “How many times I slip and bruise? / I’m out of band-aids cos of you.” Nagano describes the group’s fascination with “the magic feeling that sounds can sprinkle over any boring day”, and there’s a definite sense of relishing the highs and intricacies of good pop music and collating beautiful moments.

The album is rendered in bright colours, and it feels as if every glitch and shimmer was written to counteract what Nagano acknowledges as the “grey” of Gothenburg. Transportation is a recurring idea: “I really identify some of my biggest music highs with feeling like it took me somewhere else,” she says. “Whether it’s just being on a bike and listening to music on your headphones or being at a show”. This is immersion-pop, which is different to the catharsis-by-numbers offered by writers such as Max Martin.

If there’s a problem here, it might be the one skewered by Bernadette McNulty in The Guardian - the worst thing you can say about Little Dragon is that “they make the kind of music you hear in Urban Outfitters.” Work that forgoes the tension-and-release, rise-and-fall formula of singalong pop in favour of expansive, hypnotic journeys has its virtues, but frequently relinquishes its power to arrest. “Don’t Cry” boasts exceptional vocals, but fails to take off, fading into something frustratingly ambient. The faintly menacing electro creep that opens “Strobe Light” is exciting, but never explodes into the dance-pop banger it feels primed to be. Often these sophisticated songs are liable to be mistaken for nothing more than foot-tapping background music.

The best remedy for this might be to close your eyes and truly get lost in the album’s finest moments: the pleasantly garish “Celebrate”, the warm tones of “High”, and the intergalactic weirdness of closing track “Gravity”. As much as this is a cohesive piece of work, each track is a unique expanse of electronic fizzes and bounces interwoven with hushed sentiments that reward close listening. On this accomplished fourth album, Little Dragon’s enthusiasm is palpable and their world well worth exploring.