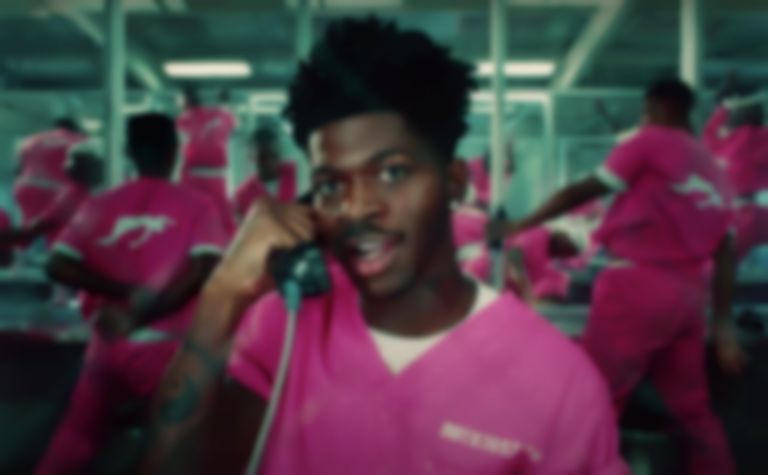 Lil Nas X has unveiled his new Kanye West-produced single "Industry Baby", which is teamed with a video that sees him escape from prison alongside collaborator Jack Harlow.

"Industry Baby" follows Lil Nas X's earlier singles "Sun Goes Down" and "MONTERO (Call Me By Your Name)", and is a collaboration with Jack Harlow that features production from Kanye West and Take A Daytrip.

The new track is teamed with a Christian Breslauer-directed video that picks up where the teaser trailer left off, and sees Lil Nas X and Harlow escape from Montero State Prison.

As well as releasing the new single, Lil Nas X has used his prison-themed video to direct fans to donate to his Bail X Fund for The Bail Project. Lil Nas X wrote, "Music is the way I fight for liberation. It’s my act of resistance. But I also know that true freedom requires real change in how the criminal justice system works. Starting with cash bail. This isn’t just theoretical for me. It’s personal. I know the pain that incarceration brings to a family. And I know the disproportionate impact that cash bail has on Black Americans."

He continued, "So I’m doing something about it and I invite you to join me. Ending cash bail is one of the most important civil rights issues of our time. Donate what you can to the Bail X Fund."

Earlier this week the Grammy-winning artist also shared a note written to himself about the song, which reads: "Dear 20-year-old Montero, I wrote a song for us. I know sometimes you feel like it's all downhill from here. I know your sexuality has made you feel like an outcast amongst your peers. I know going from having the biggest song in the world to being trapped in your apartment is weighing heavy on you. And I know if you hear the phrase "one hit wonder" one more time you might combust. But I need you to keep going. I need you to realize that you have the opportunity to be the person that you needed growing up. I need you to stop feeling sorry for yourself. And I need you to remember that the only person who has to believe in YOU is YOU."

Lil Nas X's "Industry Baby" single featuring Jack Harlow is out now. His MONTERO album is yet to get a release date.