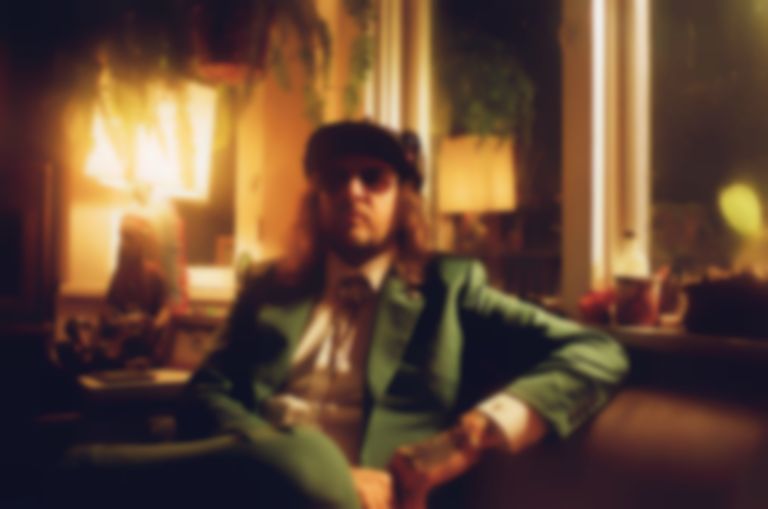 King Tuff is back with "The Other", his first new song in four years, and a Cameron Dutra-directed video to go with it.

King Tuff (aka Kyle Thomas) has laid fairly low since the end of his Black Moon Spell phase, although he returned late last year for a festive collab with Kevin Morby and released a split 12" with Ty Segall in 2015.

"It's a song about hitting rock bottom," says Thomas of his comeback cut. "I didn't even know what I wanted to do anymore, but I still had this urge - this feeling - like there was this possibility of something else I could be doing... and then I just followed that possibility. To me, that's what songwriting, and art in general, is about. You're chasing something, there is something out there calling to you and you're trying to get at it. 'The Other' is basically where songs come from. It's the hidden world. It's the mystery. It's the invisible hand that guides you whenever you make something. It's the thing I had to rediscover-the sort of voice I had to follow-to bring me back to making music again in a way that felt true and good."

"The Other" is out now via Sub Pop.