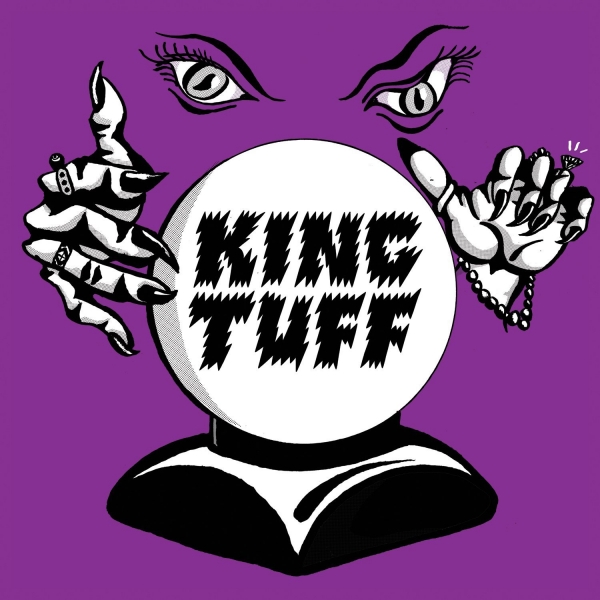 It’s been 43 years since Led Zeppelin’s IV, that infamous album of rock ‘n Roll indulgence and beauty, but the myths that surrounded those ‘snorting coke off groupies in a Rolls Royce in a swimming pool’ times have all but been shattered in the 21st Century. Led Zeppelin were quite tame behind closed doors as it turns out, Ozzy’s gone clean, and as for Pete Townsend – we best leave that there. King Tuff (aka Kyle Thomas’ mad alter-ego) is either someone to treasure, a spirit from those golden days, or a pissed-up, drugged-up lunatic who’s gonna ride his motorbike through the civilised world of the Bake Off bubble and wreak havoc.

Unlike the rare and collectable nature of his debut Was Dead, Black Moon Spell alternates between sleazy, glam-rock influenced riffs and sappy nostalgia. The title-track is T-Rex; Kyle Thomas perhaps being the world’s best Marc Bolan impersonator. "Slick Mind" is also quintessentially 70’s; with the piercing, fuzz-ridden tones on the lead guitar coupled with his sex, drugs and rock n roll mantra.

The height of cliché is reached on "Headbanger" where Tuff sings “You and me we got a true connection/I knew it when I saw your record collection/You had Sabbath and Priest and Number of the Beast/It was every night of perfection”. Taking my cynical mask off for a minute, it’s actually quite endearing and harmless stuff, and the riff channels the punk vibes of Stiff Little Fingers, which ain’t a bad thing either.

The level of authenticity of this record is astonishing. Context-aside, anyone would be hard pressed to date this thing any later than 1979. King Tuff has a suitably psychedelic romantic side and is more than capable of writing those childish, love tracks like the very Slade "Beautiful Things"  (straight from the Cemetery Junction soundtrack) as well as the short and sweet "I Love You Ugly" with its primitive, Neanderthal charms. As The Muffs proved this year with Whoop Dee Doo, pop-punk/glam-rock throwbacks, whatever you want to call them, have their hearts in the right place.

"Madness" proudly sees Tuff boast “I’m bat-shit insane”, but in actual fact it’s quite an anti-climax. This record is wonderfully playful, but it’s too restrained to be a riot. I have the same feeling of admiration for this album as I do when I listen to Steel Panther – the sounds are nailed, but unlike the Panther there isn’t the same level of extremes, or vulgarity for that matter.

Despite the interminably silly nature of Black Moon Spell, there are moments when these retro-rockers get it right. "Staircase of Diamonds" is a dreamy, acoustic-ballad that’s hard to dislike, fading out with loud guitars and distortion – hear, hear!