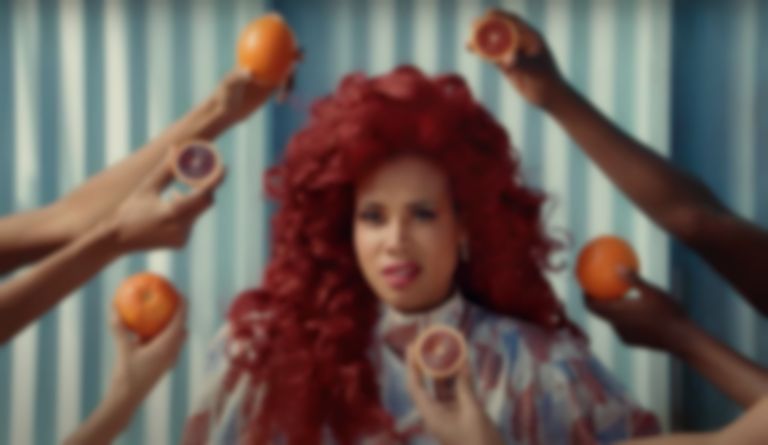 Kelis has responded to various comments on socials about the "Milkshake" interpolation being removed from Beyoncé's Renaissance track "ENERGY".

Last week Kelis aired her frustrations about the unauthorised interpolation of "Milkshake" in Beyoncé's "ENERGY" song on socials. According to Kelis, she found out about "Milkshake" being interpolated on Beyoncé's "ENERGY" with the rest of the world, and said the "level of disrespect and utter ignorance of all three parties involved is astounding." She also called out Pharrell Williams, saying the sample is a "direct hit at me", and later wrote in an Instagram caption that she was "coming for what’s mine and I want reparations."

Following Kelis' comments and posts, Beyoncé removed the "Milkshake" interpolation from "ENERGY". The original version of "ENERGY" featured Beyoncé singing a version of the "La-la, la-la, la's" that Kelis made famous on her own song, and that part has since been removed from the track that's available on streaming platforms.

Kelis has been pretty active on socials amid the interpolation drama, and she's since responded to multiple comments asking about the change to Beyoncé's song. As Complex reports, one Instagram user asked if she was "happy" about it being removed, and also called her a "cry baby," leading Kelis to respond, "Yes I am actually. lol nobody cried."

Another user stated she should've "just been happy to be on the album," and Kelis replied, "And that’s why you are you and Thank God I am me lol."

In another comment, Kelis said she "won" and "only a moron wouldn't understand that."

The update to Beyoncé's "ENERGY" comes just days after she confirmed that the lyrics on "HEATED" would be updated due to being called out for using an ableist slur.