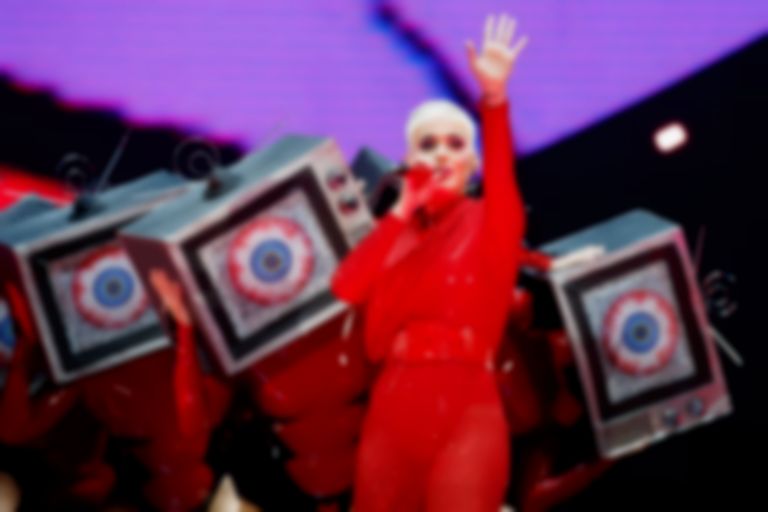 Katy Perry has given an update on her new album, revealing it will have a "big focus on mental health" and "true happiness".

When asked what we can expect from her follow up to 2017's Witness, Perry replied, "With every album the songs talk about a certain time. My last album was the one that represented the most fluctuating part of my life, and was an emotional rollercoaster. With the next album there’s a big focus on mental health, true happiness and how to get there."

In the same interview, Perry was asked about her relationship with Taylor Swift after they appeared in Swift's "You Need To Calm Down" video last year. She responded, "Well, we don’t have a very close relationship because we are very busy, but we text a lot. I was impressed by her documentary [Miss Americana] because I saw some self-awareness starting to happen and I saw a lot of vulnerability. I was really excited for her to be able to show that to the world: that things aren’t perfect, they don’t have to be and it’s more beautiful when they aren’t. Even though it was difficult, it was important to make that appearance in the music video because people want people to look up to."

Perry added, "We wanted it to be an example of unity. Forgiveness is important. It’s so powerful. If you can forgive your enemy, that’s amazing. As difficult as it is!"

Although it's been nearly three years since Perry released Witness, last year she did release standalone singles "Harleys In Hawaii", "Small Talk", and "Never Really Over".

Katy Perry is yet to announce her new album.