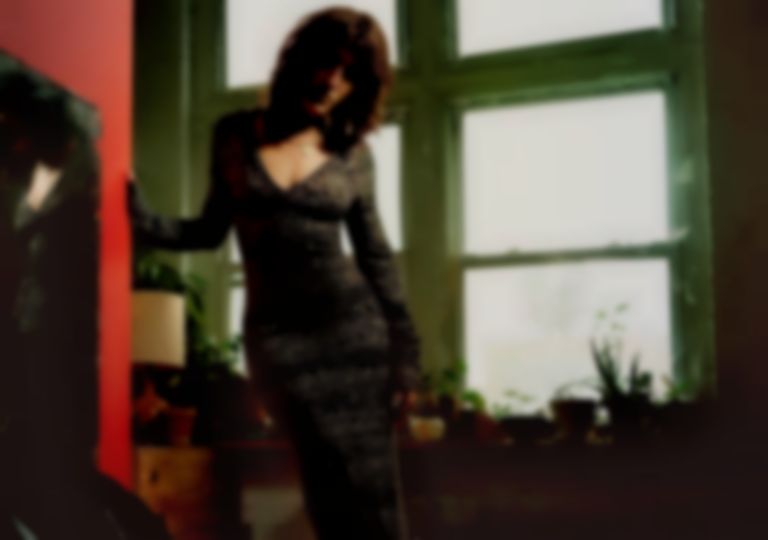 Joan As Police Woman has unveiled new song "Geometry Of You" as the second preview of her upcoming album The Solution Is Restless, written and recorded with the late Tony Allen and Dave Okumu.

"Geometry Of You" is the second track to be lifted from The Solution Is Restless, following July's lead single "Take Me To Your Leader", and arrives with a Devin Flynn-directed video.

Speaking about the new release, Joan As Police Woman, real name Joan Wasser says, ""Geometry Of You" is a song about the intersection of math and sensuality. It’s what Tony Allen did every time he sat down to play. It’s about the quantum aspects of life - there is no one way of doing anything - paradox is everywhere. Finding the flexibility in life is the way I most connect with joy."

The Solution Is Restless will follow 2019's Joanthology album, and was written and recorded with Dave Okumu and legendary drummer Tony Allen shortly before he passed away. It'll also feature a collaboration with Damon Albarn, who introduced Wasser to Allen.

Wasser says of the album, "Damon Albarn introduced me to Afrobeat legend, Tony Allen, at the March 2019 Africa Express event The Circus and we hit it off. Tony and I played a version of Nina Simone's "I Wish I Knew How It Would Feel To Be Free" and decided to record together. I asked my old friend and fierce musician, Dave Okumu, to join from London and that November, in a Parisian studio, we improvised all night."

She adds, "When the world shut down, I used those recordings to write a record entitled The Solution Is Restless."

"Geometry Of You" is out now. Joan As Police Woman's The Solution Is Restless album will be released via [PIAS] Recordings on 5 November, and is available to pre-order now.