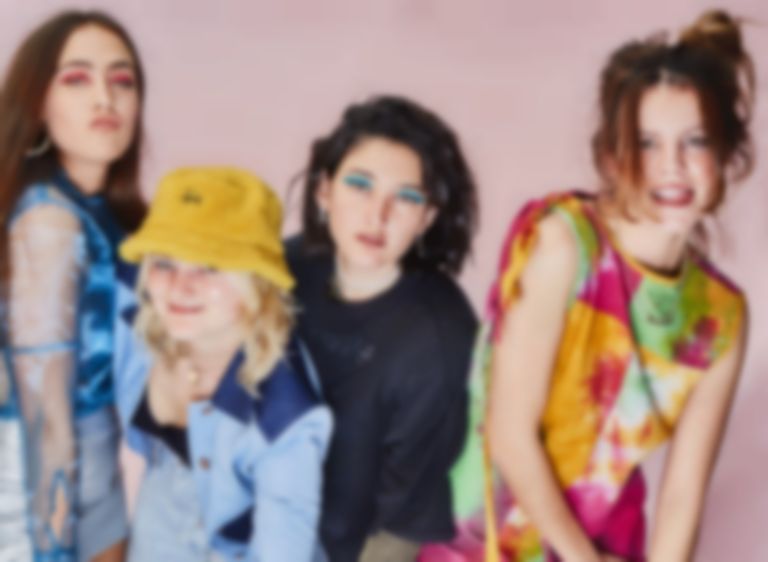 Spanish four-piece Hinds are back with news of their third album The Prettiest Curse, which is previewed with the opening anthem "Good Bad Times".

"Good Bad Times" arrives after previous single "Riding Solo", which dropped in December 2019, and will also feature on their new album.

Hinds' Carlotta Cosials says of "Good Bad Times", "You know that part in the movies when two people on a relationship are living complete opposite realities? When one thinks everything is great and the other one is about to drown? "Good Bad Times" is the struggle of communication, time difference, distance. Like the two sides of a coin. Two sides close together that can’t be separated, even though they seem to be completely different."

The Prettiest Curse will be Hinds' first album since 2018's I Don't Run.

"Good Bad Times" is out now. Hinds' The Prettiest Curse album is released 3 April via Lucky Number, and is available to pre-order now. They play London's Electric Ballroom on 22 April. Find out more.