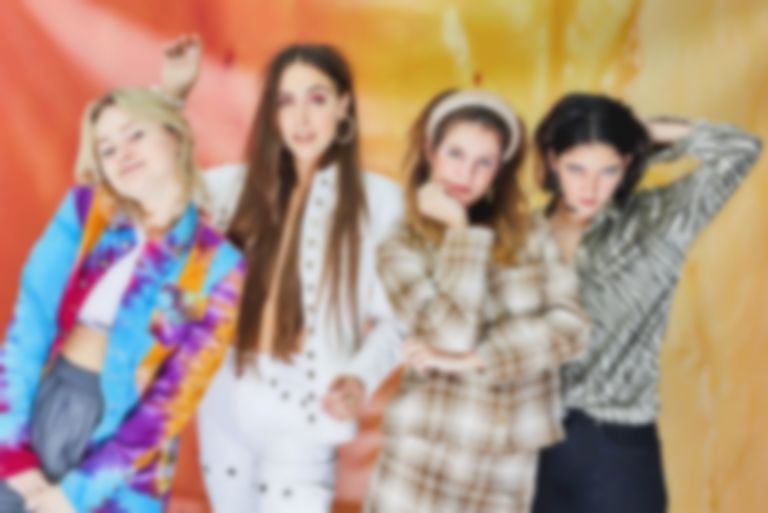 Spanish quartet Hinds are back with their first single of 2019 - the anthemic and woozy "Riding Solo".

"Riding Solo" is the first single from Hinds since they dropped "British Mind" in October 2018, and is a first glimpse of their follow up to last year's I Don't Run album.

Discussing the new single, Hinds explain, "feeling lonely is one of the most common human feelings, right ? well, being a musician doesn’t really help. your whole life is constantly moving and the only thing that remains is yourself. and dealing with yourself, oh gosh, we all know how boring and angering that can be. riding solo is about this. about us. perpetually on the move, being everywhere and nowhere at the same time. surrounded by strangers most time of the day, being nine hours time difference from our people and what we call home, living and dying por y para la música."

The new single was produced by Jenn Decilveo (Bat for Lashes, Anne-Marie) in NYC.

Ahead of the group dropping new music, Hinds were announced to play Madrid's Mad Cool Festival and Bilbao BBK Live next summer.

Hinds' "Riding Solo" single is out now via Lucky Number.