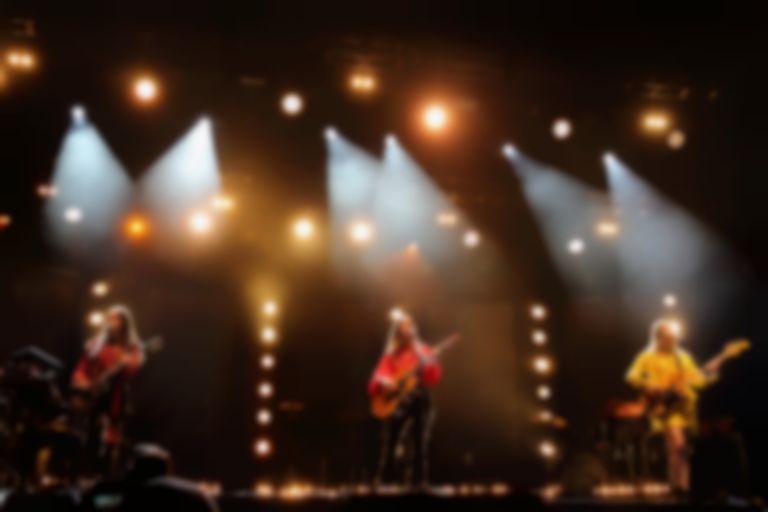 Haim seem to have confirmed their forthcoming Taylor Swift remix of "Gasoline" by playing a snippet of the track on a car stereo.

Earlier this week (15 February) Haim shared a band image taken at a petrol station. All three sisters were wearing black wigs, and they captioned the post, "one gasoline pump". Fans believed the trio were teasing a new version of their Women In Music Pt. III track "Gasoline" featuring Taylor Swift after one user found the track listed on ASCAP (American Society of Composers, Authors and Publishers), and it appears they were right.

The trio also uploaded a new video to their TikTok account, that sees the three sisters in a car and playing a snippet of the new version of "Gasoline" on the car stereo.

Although Haim and Taylor Swift are yet to officially announce the "Gasoline" remix, Billboard reports that the track is rumoured to be released tomorrow (19 February).

Last week Taylor Swift announced her re-recorded version of Fearless, which will be released 9 April and will include six songs from the vault.