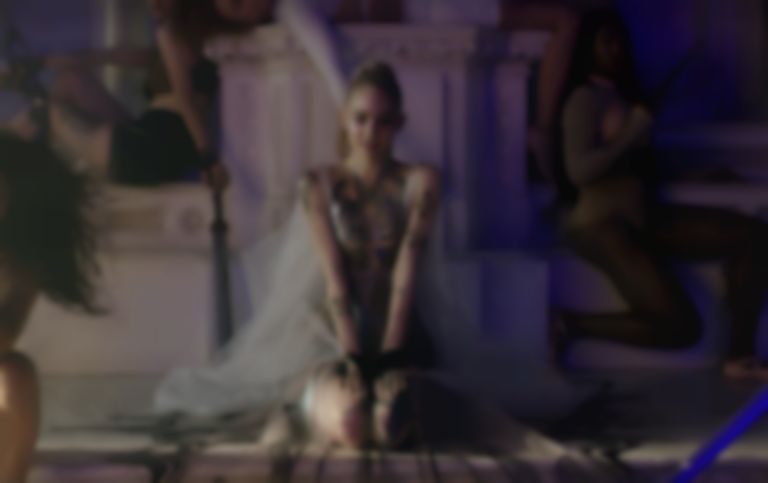 Using binary code, Grimes has announced that a new single titled "Player of Games" is arriving this Friday, 3 December.

"Player of Games" will be Grimes' first outing since her AI girl group NPC featured on Chris Lake's "A Drug From God" track earlier this month, and was first teased by the artist in a post with the track title disguised in binary code.

In September Grimes shared a new song on socials titled "LOVE", which was a response to recent press and "all the privacy invasion" she experienced following news of her split from Elon Musk. The same month she also spoke about her follow-up to last year's Miss Anthropocene album, saying it's "by far my greatest work that I've ever done".

Over the past few months Grimes has been teasing another song titled "Shinigami Eyes" on TikTok.

Grimes' "Player of Games" single will drop this Friday, 3 December.