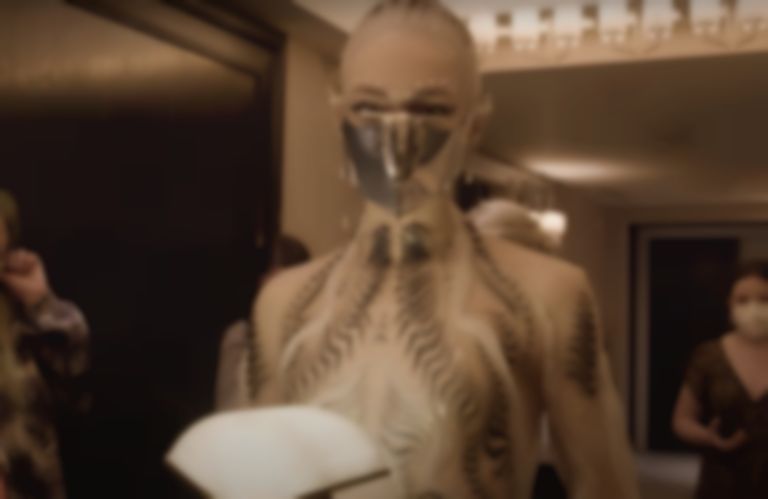 Grimes has given an update on her new album, revealing she's finishing it up and believes it's "by far my greatest work that I've ever done".

After revealing in July that her follow-up to last year's Miss Anthropocene album is a "space opera" that results in a lesbian AI romance, Grimes has given an update on the record in a new video for Vogue that shows her getting ready for the Met Gala.

Grimes says, "I'm just finishing an album, and I think it's by far my greatest work that I've ever done. I actually just made the last song for it like two nights ago."

She continues, "I think I went into this being like, 'I'm gonna sign to a major label and I'm gonna be a really big artist' and all this stuff, and then like in that process I started being like 'no, I literally don’t care if anyone listens to this shit. I just want it to be great, to be unequivocally just great art."

Prior to speaking about the new album, Grimes revealed that she doesn't identify with the word 'mother', and that her child refers to her by her first name Claire, "I think having a baby was a big, kind of like rebirth for me artistically ... being a mother feels weird to say for some reason, like I don't identify with that word. Which is also really weird because X, he says 'Claire' but he doesn't say 'mama' ... like maybe he can sense my distaste for the word 'mother'."

Over the past few months Grimes has been teasing a new song titled "Shinigami Eyes" on TikTok.