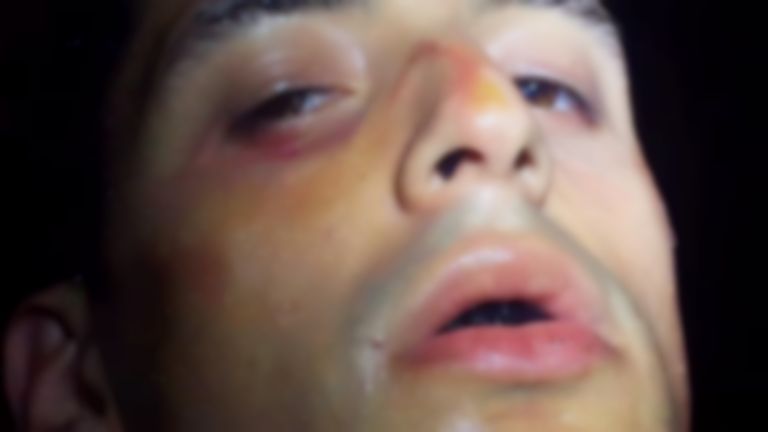 Frequent collaborator Kanda has helmed the video, which features one long close up of Arca singing while covered in bruises.

The London-based, Venezuela-born producer is set to release his third record, the follow up to last year's Mutant, later this year. It's called Reverie.

Arca also Tweeted that there will be a "new release 4free" today at some point.

Watch the "Sin Rumbo" clip below.