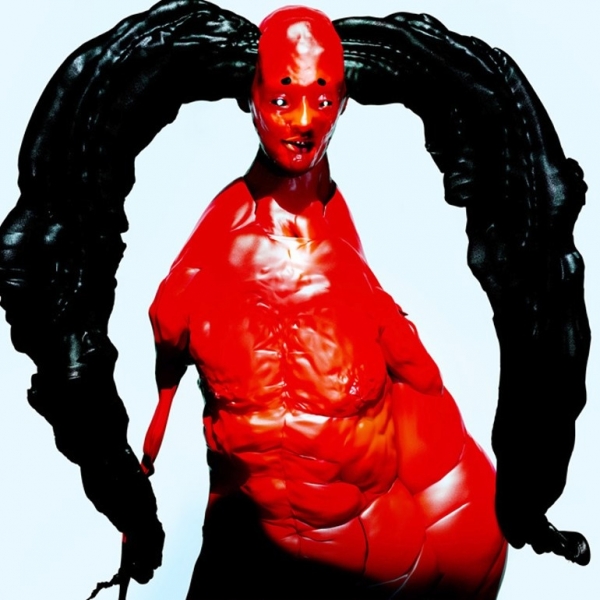 ​Arca has a masterful talent for interweaving synthesizers and a tremendous technical understanding of building tracks that are at once gorgeous and metallurgical. On Mutant, his virtuoso skill continues to shine, albeit in an even less structured environment than his debut, Xen.

Never one to confine himself to any trappings of musical traditionalism, Arca’s production, even when working with established talents like Kanye West, Bjork or FKA Twigs, has always been a harsh, industrial cacophony of percussion and keys. His solo work has typically skewed even further left, eschewing ordinary structure in favor of a visceral, often violent approach to electronic music.

Mutant has its share of surface level indulgences, including the dreamy “Front Load,” with its fast-twitch drums and arpegiatted swirls, but if you’re coming into an Arca record looking for instant gratification you’re not going to last long. “Enveloped” might be the closet thing to radio ready here, but while the song’s drums click with satisfying consistency, the melody tumbles out in irresistibly awkward clumps, like snow falling from the branches of an overloaded tree.

Take “Faggot,” one of the record’s most arresting tracks. In just over three minutes, Arca drags you by the collar through a bevy of haunting soundscapes. Beginning with creaky hinge synths and ghostly vocal samples, and ending with a percussive onslaught of pounding drums and guttural keys. It feels like each track in the mix is fighting to be front and center, and while that could get sloppy in the hands of a lesser producer, Arca specializes in this exact kind of organized chaos.

Originally born in Caracas, Venezuala, Arca lets his nation’s musical roots show occasionally on Mutant. “Anger” is initially built around an infectious Latin-sounding swirl of guitar, although the track quickly escalates into an onslaught of Yeezus style synths. While it comes across as the musical equivalent of typing in all caps, Arca’s heavy-handed style commands your attention.

When he isn’t giving you the sonic Ludovico Technique, Arca packs plenty of quiet beauty into Mutant. The delicate, choppy stabs of “Gratitude” are a particularly earnest, tender moment for the producer, and there’s a bizarre charm to the sprawl of closer “Peonies.” Even the rubbery bounce of “Snakes” is pretty in an industrial, utilitarian way.

Arca’s personal backstory – detailed wonderfully here in his 2014 Fader cover story - has always played a large role in his music, and while much electronica gets knocked for being impersonal, even the sparsest moments on Mutant are undeniably emotive.

Still, even the most accessible bits of this record would be nails on a chalkboard if you tried to work them into any playlist. While we’ve spent much of this review detailing pieces of individual tracks, you’d be doing yourself a disservice if you tried to throw Mutant on shuffle before sitting with it for a few weeks. Arca’s music is hyper-personal, but where a singer-songwriter would tell you exactly what they’re feeling, Arca’s muted, brutalist palate gives you the tools to project yourself onto each track.

He isn’t an outright recluse, but Arca has always let his production do the talking whenever possible, and Mutant is an immersive and illuminating look into him as a musician. It’s a testament to his cohesive sound and willingness to defy convention that this record, despite a lack of samples or anything really resembling typical electronic music, conveys emotion as well as it does.

All the reasons pop music’s most avant garde minds have worked with Arca are on display with Mutant, and that list is likely to balloon with its release. It might be a bit early in his career to hail Arca as a visionary, but he has certainly done more to change the landscape of modern music than the majority of his peers.