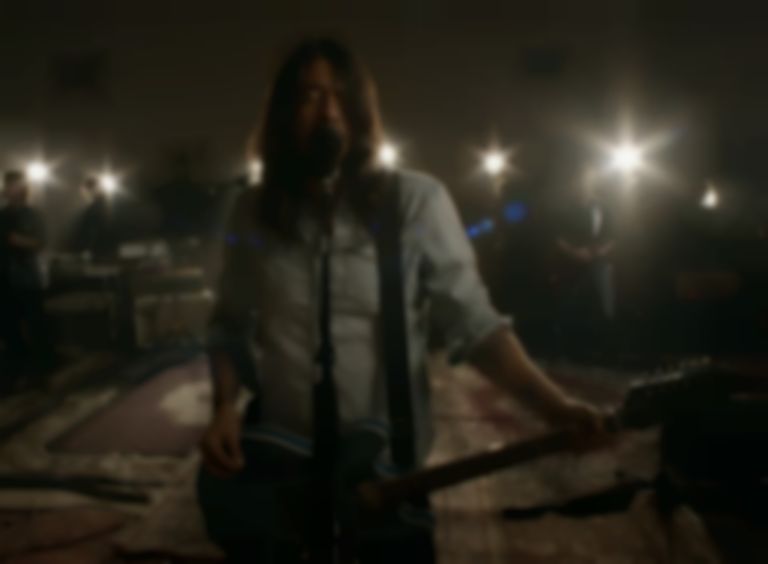 Foo Fighters performed their Medicine At Midnight lead single "Shame Shame" on the latest episode of The Late Show with Stephen Colbert, and were joined by Dave Grohl's daughter Violet.

"Shame Shame" was released as the lead single from Foo Fighters' 10th album Medicine At Midnight earlier this month.

For the latest episode of The Late Show with Stephen Colbert, Foo Fighters performed their new single from a studio with a floor covered in rugs, and it sees Dave Grohl's daughter Violet contribute backing vocals with a choir.

Medicine At Midnight will follow their 2017 LP Concrete and Gold.

Earlier this month Grohl connected with 10-year-old multi-instrumentalist Nandi Bushell via video chat, and they agreed to make a song together.

"Shame Shame" is out now. Foo Fighters' Medicine At Midnight album will arrive via Roswell Records/Columbia Records on 5 February 2021, and is available to pre-order now.