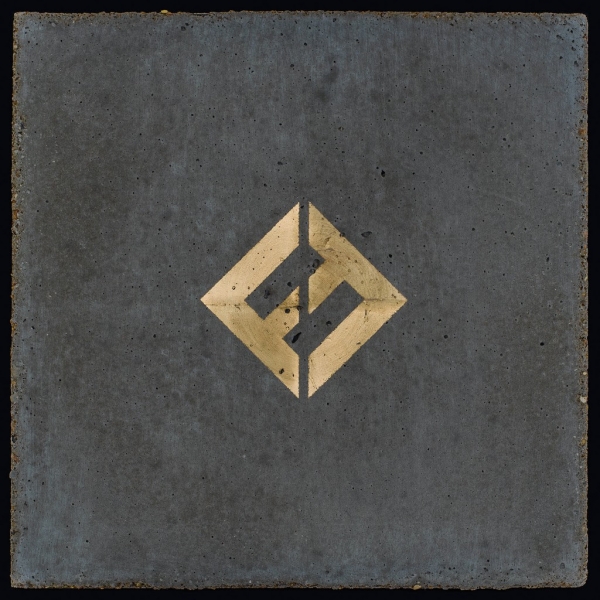 When Foo Fighters headlined the Pyramid Stage at Glastonbury this year, we witnessed the biggest rock band on the planet at the peak of their crowd-pleasing powers. The Foos thrive in huge spaces, with more anthems in their back pockets than most bands would know what to do with. Yet when it comes to albums, their track record is a little patchier.

By now, frontman Dave Grohl, drummer Taylor Hawkins, bassist Nate Mendel, guitarists Chris Shiflett and Pat Smear and keyboardist Rami Jaffee have perfected their template. Foos albums tend to follow a well-worn pattern, dotted with highlights, but often padded out with frustrating levels of mediocrity. A gutsy throat-shredding lead single – see “The Pretender”, “Best of You” and “All My Life” – will usually be followed by inoffensive radio rock (“Rope”, “Wheels”, “Long Road to Ruin”).

So we know what to expect from Concrete and Gold then right? Well… maybe not. There’s certainly tracks here that fit the aforementioned model – the underwhelming “Arrows” and “The Line” are the weakest – but there’s also a few surprises too. Take lead single “Run”; a genuinely glorious song and the most progressive thing the Foos have released in years, it ebbs and flows, continuously running a gauntlet between shimmering restraint and blistering distortion. An anthem yes, but not the type we’re used to hearing from the band.

Follow-up single “The Sky is a Neighbourhood” also breaks with tradition. Cinematic and woozy, it crescendos to an expansive chorus that swoons and stretches across constellation-filled night. It’s guaranteed to spark mass sing-a-longs at stadium shows, despite being cut from a different cloth to the rest of their arsenal.

Grohl has said with this album he was aiming to create “Motorhead’s version of Sgt. Pepper” - one hell of an ambition. The finished result is neither raw nor adventurous enough and far too … Foo Fightery, for want of a better word, to meet either criteria. Rather, its closest ally in the Foos catalogue is probably There is Nothing Left to Lose. Accessible, meditative and mellow, Concrete and Gold​'s warm tone can be attributed in part to the band bringing in their first pop producer, Greg Kursten, whose CV includes Adele, Sia, and Pink. As a result, it feels a little different from the band’s usual bluster, nodding instead to 1960s and 70s classic rock.

“T-Shirt” is a strange, fleeting opener, like nothing they’ve done before, Grohl’s voice scratching and cracking over tender guitar before giving way to glistening bombast and Queens Of The Stone Age throttle. The Taylor Hawkins-sung “Sunday Rain” kicks off with gauzy Beatles-y guitar, and even has Sir Paul McCartney guesting on drums, while the simple fingerpicked guitar lines of “Happy Ever After (Zero Hour)” recall the simple beauty of McCartney’s “Blackbird”. Both the monolithic blues-infused riffs of “Make it Right”, which features, rather bizarrely, Justin Timberlake on backing vocals, and fuzzy rager “La Dee Da” stomp and crunches as though the band are channelling Led Zeppelin.

Grohl wanted this to be the “biggest sounding Foo Fighters record ever”. But after a run of albums that could really be interchangeable with each other, what really sets Concrete and Gold aside from the rest is that you don’t feel this one has been written with stadiums specifically in mind. For a band used to having their choruses bellowed back at them by fields of people, some of these tracks feel incredibly intimate. When Grohl sings; “There aint no superheroes now, they’re underground. Happy ever after, counting down to zero hour,” you feel like you’re sharing an inclusive moment with one of the world’s biggest bands. It's proof that nine albums in, the Foos are capable of pulling unpredictability out of the hat from time to time.