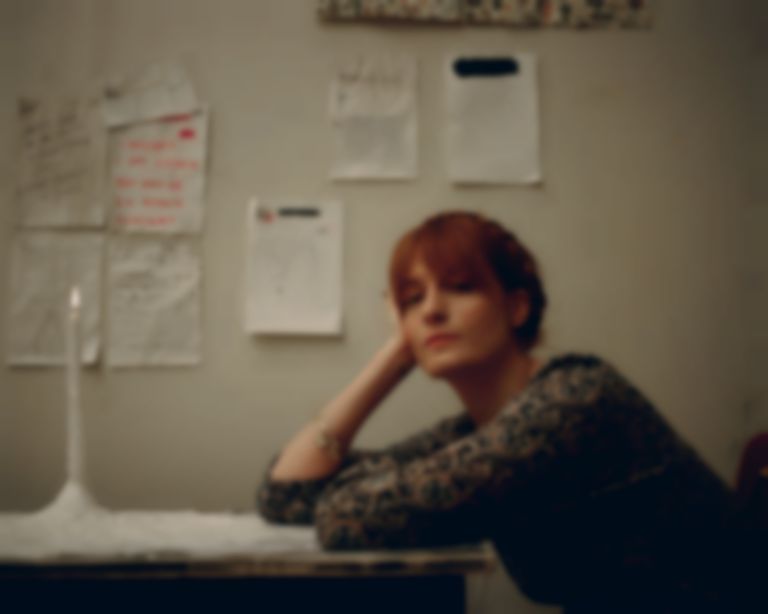 Florence and the Machine is back with "Sky Full Of Song", one half of an upcoming Record Store Day release.

Florence and the Machine's new track was accidentally announced via the Dutch Record Store Day team, and then confirmed by the folks at Radio X. Florence Welch had kept schtum until today - and she's broken her silence by unveiling a blinder of a comeback track.

"This was a song that just fell out of the sky fully formed," says Welch. "Sometimes when you are performing you get so high, it’s hard to know how to come down. There is this feeling of being cracked open, rushing endlessly outwards and upwards, and wanting somebody to hold you still, bring you back to yourself. It’s an incredible, celestial, but somehow lonely feeling."

"Sky Full Of Song" is set to be packaged with a recording of "New York Poem (For Polly)", which is taken from her upcoming book Useless Magic ("a collection of lyrics, artwork, and poetry").

Florence Welch's last record - How Big, How Blue, How Beautiful - was released in 2015, and a few live announcements for the summer ahead have provoked much speculation amongst fans.

There's no official word on any more music (although apparently it's on the way), but Welch will be releasing her debut book Useless Magic via Fig Tree/Penguin on 5 July.