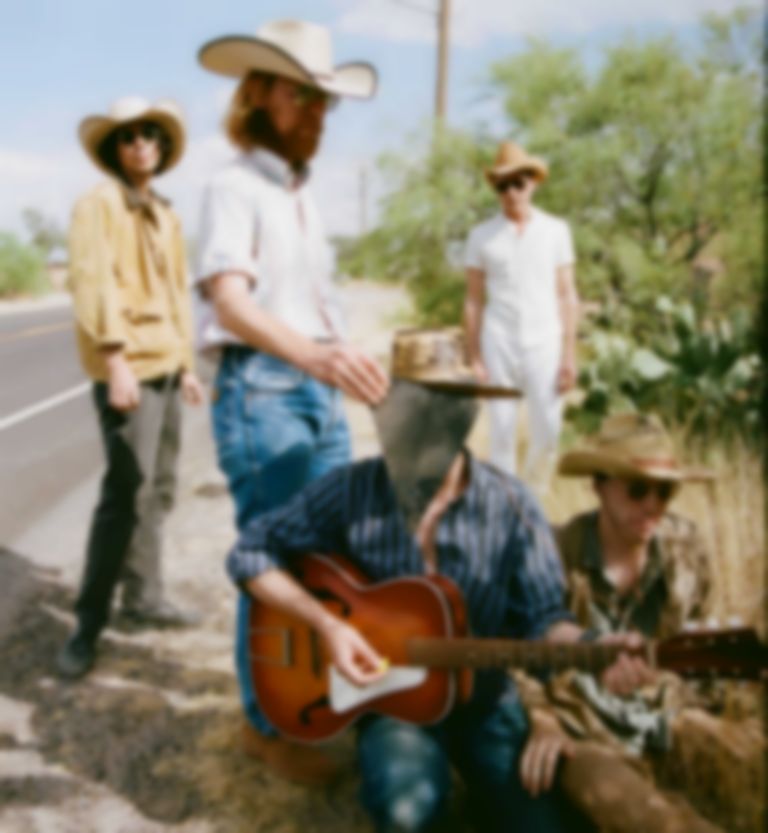 Why Hasn't Everything Already Disappeared? is the title of Deerhunter's newly-announced album, which arrives with the opening track "Death In Midsummer".

"Death In Midsummer" arrives as the first glimpse of Deerhunter's eighth album, which is their first since 2015's Fading Frontier.

The Atlanta quintet's new track even features a harpsichord played by Cate Le Bon, who also co-produced their forthcoming album.

Cate Le Bon also contributes vocals to another track on the album "Tarnung".

"Death In Midsummer" is out now. Why Hasn't Everything Already Disappeared? lands on 18 January via 4AD. You can pre-order the album now.