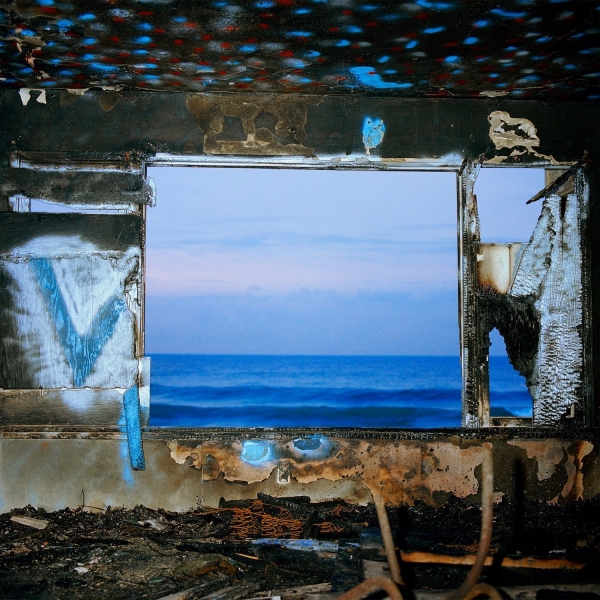 Turning thirty years old is an often dreaded milestone. In theory, it can seem like a sudden, brutal end to youth.

For most however, the reality of living in your thirties is thankfully much less excruciating. The conventional wisdom is that with time and experience comes a greater understanding of your surroundings and yourself. Now at the age of thirty three, Bradford Cox has deeply embedded his maturing experience into Fading Frontier – the experience of a new-found settled lifestyle, in the wake of near death experience, after becoming involved in a car crash just less than one year ago.

Renowned for his openness in interviews, we’ve gotten to know Cox well. His straight talking on potentially relatable subjects like his dislike of his physical shape, his bouts of depression, manic anxiety, loneliness and asexuality add background and depth to the relationship he’s cultivated with us. Particularly when considering all the wonderful music Deerhunter have given us over the past six albums, you can’t help but have a kind place in your heart, reserved for a fragile Bradford Cox. Now, we hear a more settled Deerhunter and it’s cause for celebration to hear such a troubled sole, finding some solace.

From the opening lines, you’ll notice so much is different with Fading Frontier. You can clearly hear Bradford’s vocals, offering listeners greater ease with which to get to the bottom the lyrical content – their’s an intention to communicate that wasn’t here before. Boldly, Cox opts to write autobiographical lyrics for the first time - to date, stream-of-consciousness style lyrics have been the staple of Deerhunter’s career. The barely veiled melancholy of Deerhunter’s past drops deeper into the background and a warmer, more relaxed ambience is placed front and centre, for all to hear.

With a new-found sense of serenity, on “Living My Life”, Cox proclaims “I’m living my life / I’m off the grid / I’m out of range”. Having bought himself a home close to bandmate Lockett Pundt and got himself a dog – an adorable rescue pooch named Faulkner – while still reclusive, he’s much better equipped to protect himself from the crippling loneliness that he’s spoken about in interviews. Band relations seem much improved and Deerhunter’s members are creatively collaborating more these days. Going on to say “I’ve spent all my time chasing the fading frontier”, Bradford is telling us that he is done with chasing the illusionary goals he had within music. He’s overcoming challenges, or at least learning how to live with them.

This sentiment is recalled on one of the record strongest moments, with album closer “Carrion”. As the band crash into action, Cox defiantly cries “Carry on / I will stay strong / I set you free / now run along”. With perhaps the most telling lyrics of any Deerhunter song, Bradford is telling us how hard his past is to shake off and how much he wants to move on, lamenting “It wont leave / Please leave me alone / I am a mole deep in the ground / Looking around trying to find my home”. Whilst evidently, much of Cox’s refusal or inability to relate with people remains and is used here for lyrical content, he’s certainly learning how to more concisely communicate with us, through his music.

Make no mistake, Fading Frontier marks the end of a chapter for Deerhunter. I don’t think we could ever hear the outsider art of Weird Era again. The manic intensity of a song like “Nothing Ever Happened” from Microcastle doesn’t seem likely from a band so settled. The strung-out feel and downer lyrics of “Coronado” from the seminal Halcyon Digest is just not where this band exist any more. While it’s nice to get a little misty eyed for the great days gone by, we should also look to the future, because Fading Frontier is a signpost of things to come. Whilst this record is not it, it shows that Deerhunter are every bit capable of making a fully inclusive, autobiographical, all-american, classic rock album and that would be a journey worth watching – from outcast weirdos to national treasures.