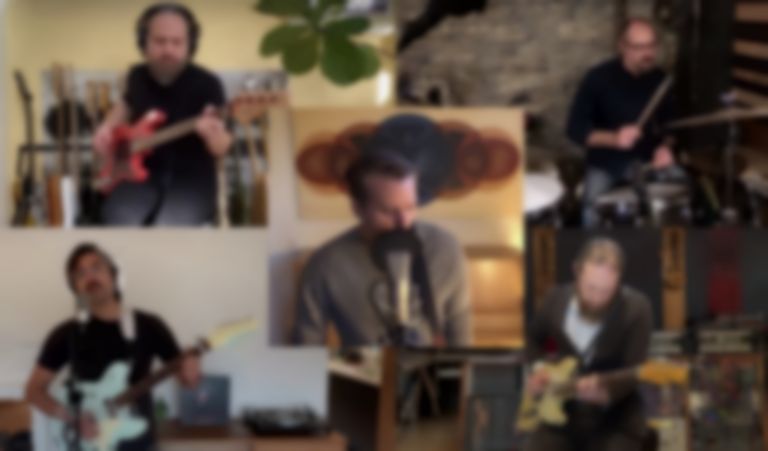 Death Cab For Cutie have performed a "socially distanced" cover of TLC's "Waterfalls", which featured as the opening song of their The Georgia EP, on Jimmy Kimmel Live.

On Tuesday night (26 January) Death Cab For Cutie appeared on Jimmy Kimmel Live to perform a cover of TLC's "Waterfalls", which they released as part of their new EP The Georgia EP that landed earlier this month.

Bejamin Gibbard and the rest of Death Cab For Cutie performed the 1994 hit from separate locations.

The Georgia EP also featured four other covers of songs by artists from the state of Georgia, including Cat Power, Neutral Milk Hotel and more. All net proceeds from the EP went to Fair Fight Action.

The band are yet to follow up their 2018 album Thank You For Today.