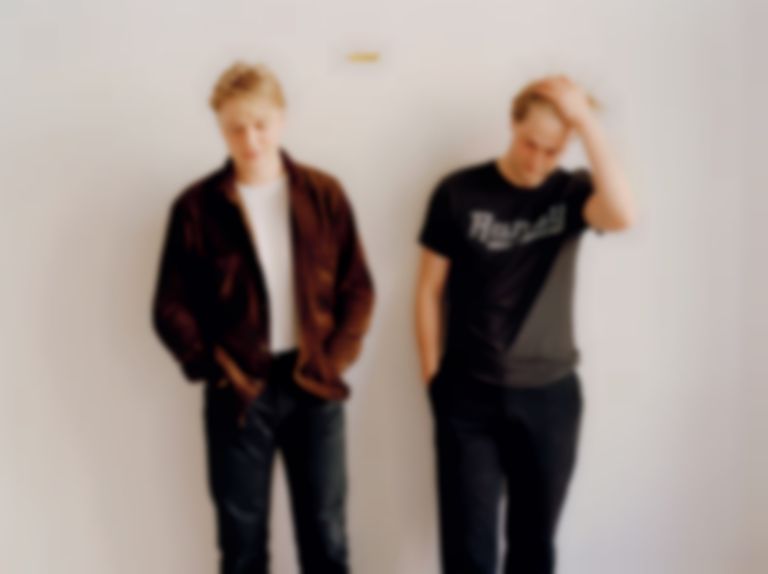 Danish duo Communions have announced their second album Pure Fabrication, as well as sharing the opening track "Bird of Passage".

"Bird of Passage" marks the first outing of 2021 from the Danish brothers, and will appear on Pure Fabrication alongside last year's "Splendour" single.

Lead singer Martin Rehof says of the song, ""Bird of Passage" works like the chorus for the entire record. It centers around the idea that people constantly transform and reinterpret the past in new ways by constructing narratives around themselves. It's about the kind of identity crisis that emerges as a natural consequence of life’s variability; of the fact that one’s self is constantly changing, never the same from one day to the next."

Pure Fabrication will follow Communions' 2017 debut album Blue, and is described as a "parody of a coming of age story". The duo expand, "As the album progresses, strong ironic overtones in whatever praise of freedom was besung are slowly unveiled. While the opening songs represent a character with an - perhaps naive - assertiveness and unwillingness to be restrained or suppressed by the ways of the world, by the end of the record, the protagonist questions the entire notion of desire and freedom."

Martin Rehof adds, "While the blueprint of the coming of age story traditionally involves a protagonist who enters the world seeking answers and emerges renewed, with newfound maturity, Pure Fabrication reveals that growth is tricky and may come at a price. The journey into the ‘real’ world only complicates and fractures any vague sense of clarity that one might have had to begin with."

"Bird of Passage" is out now. Communions' Pure Fabrication album will arrive 23 April via Tambourhinoceros, and is available to pre-order now.