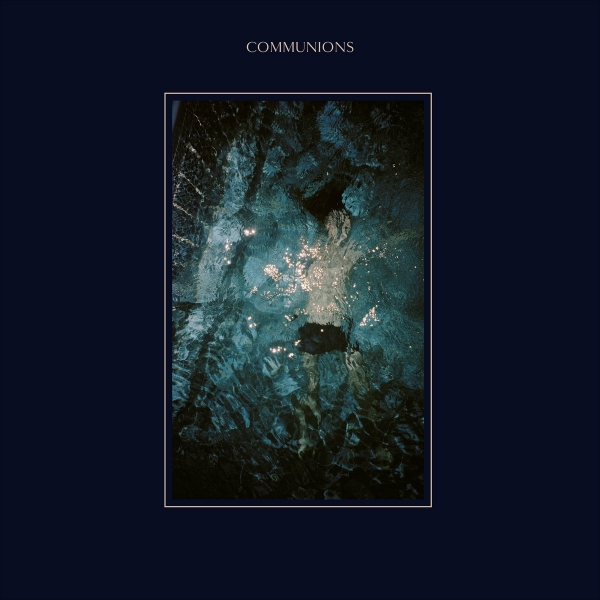 Having waved goodbye to a year tainted by – amongst other things – political slogans representing a nostalgic desire to return to seemingly better times, we’ve learnt that looking back over one’s shoulder doesn’t always lead to the best of outcomes. At least not for everyone. Thankfully, the realms of music still remain anomalous to this. And with their impressive debut LP Blue, Danish post-punkers Communions show us why.

Opening as they hope to go on, "Come On, I’m Waiting" emphatically sets a tone that oozes the best kind of throwback. A “violet tinted” retrospective tip of the hat to 1980s pop music with a 21st century hue: “It’s not something we think about too much but there’s definitely certain groups from the 80’s that we are influenced by, like The Cure and The Smiths” says frontman Martin Rehof.

Why that era specifically? “A lot of music from that time had a certain grandeur and ethereal quality to it, and I think that is something that we have tried to apply to our music.”

Whilst this nostalgic edge has always been part of the Communions sound, compared to their previous EPs, it seems to have finally evolved to a point which, itself, sounds more natural and very much their own. And the cleaner production values on Blue certainly help. Although some may argue that cleaner isn’t always better, it’s impossible to deny the distance they’ve come from their debut Cobblestones EP, which Rehof considers to “be more of a demo recording in a way.”

Regardless, a huge part of Communions growth is mirrored by that of lead vocalist Rehof himself who, like the band, seems more comfortable and all the better for it. Tracks like "Eternity" (as quintessential Communions as they come) perfectly frames Rehof’s endearingly androgynous and dulcet tones, which expertly weave in and out of guitar melodies - very much becoming a trademark of their sound.

But like all good bands, the front man is only as good as his team. And listening back to Cobblestones EP, the congruency and closeness that has matured between the four-piece on Blue is magnetic. A somewhat reminiscent Rehof explains: “What has evolved since then - apart from the fact that we’ve become better musicians - is that we have become more aware of our strengths and weaknesses. Or, rather, each one of us has become more in tune with our role in the band. And that has kind of led to us developing a consistent sound.”

A band then, who - following a turbulent and somewhat disjointed adolescence - have truly come of age. And this is no more apparent than with the LP’s pièce de résistance "Midnight Child", an effortlessly ebullient and irresistible ode to adolescent infatuation.

This harking to teenage romantic angst has always been somewhat of a recurring theme in their music, with tracks like "She’s a Myth" and "Don’t Hold Anything Back" reminiscent of a time when romance was the be all and end all: “I think what is fascinating about being young is that one is so receptive to everything; one has a kind of heightened sensual perception of the world. One’s impressions aren’t filtered in any way.” Rehof goes on; “I find it interesting to write from that sort of perspective.”

It’s this kind of nostalgic escapism – both sonically and lyrically - that makes Blue such a refreshing and enjoyable experience. And whilst Armageddonist fears for 2017 seem to haunt every aspect of our lives, this impressive debut is something to heralded as at least one good thing to come out of what’s sure to be an interesting year; “I certainly feel a sense of escapism when creating music, and if it has the ability to transport people listening to it into another universe for a short period of time, then that’s all one could hope for, really.”