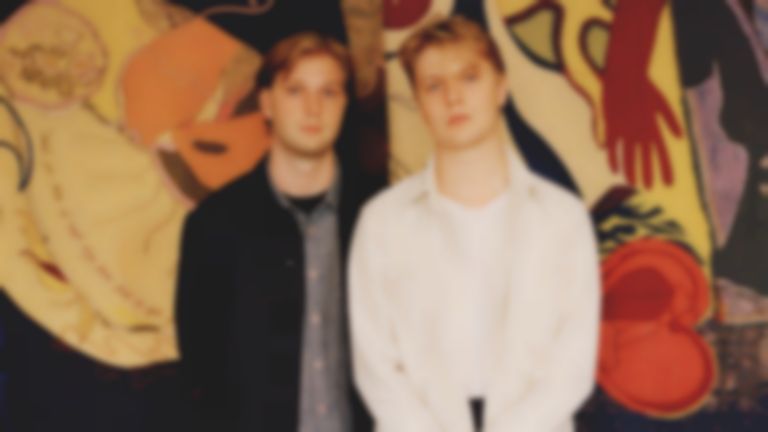 Danish brothers Communions have returned with "Splendour" - their first release of the year.

Martin Rehof of the duo says, ""Splendour" is about a sickly, unattainable love. One which possesses a destructive power. I wouldn’t say that it’s necessarily about a specific person. Rather, in a less concrete sense, it’s about the oppressive power that certain things in life can have over you. For instance, making art is something I love, but not something I feel I can help, and often it can be quite painful and fruitless. It’s like this thing, whatever it is, has chosen you, and not the other way around. It might inflict you with pain, but you almost come to enjoy it; you sort of accept it, embrace it, and maybe even thrive on it. It’s the context of someone addicted to someone or something else — where the power dynamics are skewed."

"Splendour" marks the band's first outing since restructuring. Despite the departure of Jacob van Deurs Formann (guitar) and Frederik Lind Köppen (drums), both musicians still contributed to their new single and will appear on future recordings.

They're yet to follow up their 2017 debut album Blue.

Communions' "Splendour" single is out now on Tambourhinoceros.