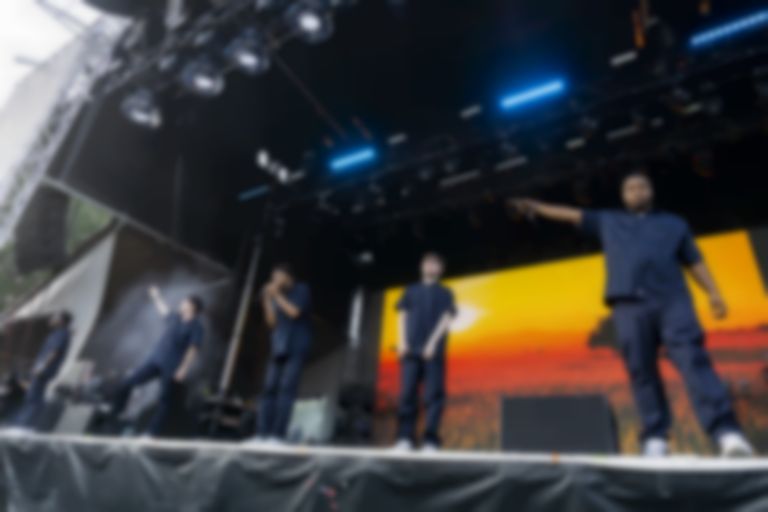 BROCKHAMPTON are back with another double release, this time featuring new tracks "fishbone" and JPEGMAFIA collaboration "chain on / hold me".

Over the past month BROCKHAMPTON have been sharing new tracks at the end of each week. "fishbone" and "chain on / hold me" are the fourth round of tracks to be revealed, following last week's "downside" featuring Ryan Beatty, "baby bull" and "I.F.L".

While they're yet to announce a new album, Highsnobiety reported last month (8 May) that the group's Kevin Abstract spoke about new music on their secret livestream via their Technical Difficulties Radio Instagram account. Apparently Abstract said that they've nearly finished working on not just one, but two new albums, and said that BROCKHAMPTON are planning to release both this year. Abstract also said new non-album tracks will be dropping every Friday.

The new tracks that have arrived over the past few weeks are BROCKHAMPTON's first since their 2019 LP GINGER and their Dua Lipa "SUGAR" remix that landed in March.

BROCKHAMPTON's "fishbone" and "chain on / hold me" songs are available to stream on YouTube now.