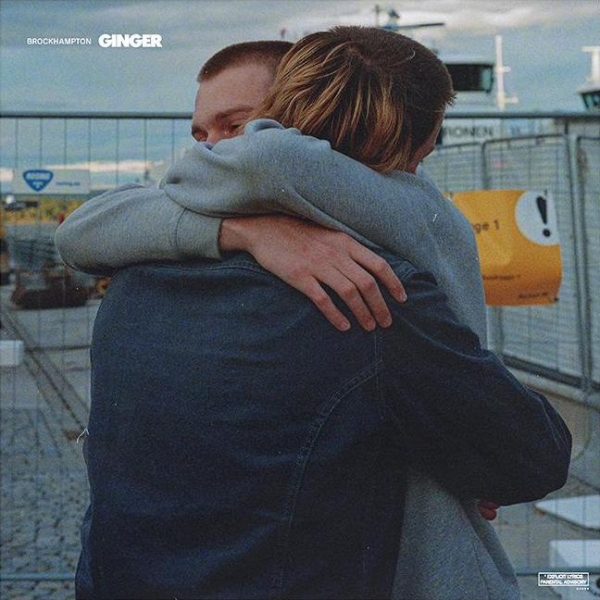 Their origin story is the stuff of legend – a deified fable of what the DIY ethos can achieve. The LA boyband was born under the sunburnt skies of San Marcos; it was a nuclear fusion of creatives who, together, would form a multimedia collective which dared to transcend the glass ceiling of hip-hop. Their output reached overdrive with the release of The Saturation Trilogy: three ground-breaking albums in less than a year. The cartoonish, gloopy production of their very own Romil Hemnani and Jabari Manwa gave rise to something larger-than-life: a perfectly fertile breeding ground for the band to thrive as individuals. The Saturation Trilogy captured the essence of summer – the brightest, the bluest.

But things were not to last in this form. In the midst of their meteoric rise, with a $15 million deal with RCA Records well and truly in the bag, BROCKHAMPTON announced that Ameer Vann, kingpin and face of The Saturation Trilogy, was no longer in the group in light of sexual allegations made against him. The foundation upon which their empire was built was ripped from beneath them. All that remained of where Ameer had been was a silence too deafening to bear. After severe burn-out and a hiatus following not only loss of a member, but one of their closest friends, BROCKHAMPTON released Iridescence. An album that made a dramatic departure from their anthemic hits, Iridescence was something of an elegy: there was a unified feeling of mourning, as optimistic bangers were drafted out and replaced with heavy eulogies. While the merits of the album shouldn’t be neglected, there was a sense that BROCKHAMPTON were not truly ready to begin anew.

Before it even came into being, their fifth studio album GINGER, was to carry the weight of the world upon its shoulders. It was storied to be the album that would see the boyband get to their feet, before fans could count to ten for a TKO. GINGER is a revitalisation of BROCKHAMPTON’s finest assets; it dusts off that which was neglected on Iridescence and brings it boldly to the forefront, showing that yes, there is nothing lost here. However, GINGER is poised once again to be divisive. The faction of fans who chase the mirage of Ameer Vann and laud The Saturation Trilogy as BROCKHAMPTON’s unbeatable golden era are going to find something bitter to taste.

GINGER yields a sound that is more emotionally evolved than any album thus far. Where The Saturation Trilogy was raw youthfulness and Iridescence was loaded with erratic expression, GINGER is, at last, the coherence we have been searching for. Here is a band who have had the chance to breathe, to live, to process – the result is BROCKHAMPTON have finally come of age.

Undeniably, GINGER is the victory lap of Matt Champion and Bearface. While Champion’s husky delivery was criminally neglected on Iridescence, here he dishes out gold-standard verses with a breezy shrug-of-the-shoulders. “NO HALO” acknowledges all of his gifts, with silken guest vocals from Deb Never swearing a blind promise to the sky: “I’m sure I’ll find it”. This, coupled with fluid acoustic guitar, creates a track that is honest-to-god sincere. It captures perfectly the beautiful equilibrium BROCKHAMPTON have reached; one where their weeping wounds are healed to a scar, though worn just as bravely.

“I BEEN BORN AGAIN” was one of the album’s forerunners, met with a tepid reception. While Hemnani and Manwar simply cannot be faulted for drawing in a heavy-weight concoction of thumping piano and fizzing pixilation, it feels as if it takes a while to build up its momentum. After a long slog of Joba’s droning verse, “I BEEN BORN AGAIN” is saved just when it is on the precipice of being lost to eternal damnation. Matt Champion, our saviour, blows the doors off armed with swelling bass, bringing the track to an anthemic crescendo. Champion’s presence seems to be the authentication tick of a hit. The shimmering R’n’B skitter of "ST. PERCY" is his crowning glory, his creaking vocal signature blending perfectly into its coarse bass, and harsh whisperings.

bearface place in BROCKHAMPTON is a curious one. His part, until the release of GINGER, has been largely spare. He’s wheeled out occasionally for an emotional number, or at worst, a flimsy backing reinforcement. His meaningful contributions had been few and far between. However, on the sumptuous R’n’B throwback “SUGAR”, his blown-out croons fit right in. Following the lead of their in-house virtuoso Kevin Abstract, with his hop-scotch, pitched playground rhymes on the track, bearface brings the style forward onto “BOY BYE”. It’s a refreshing change from his more melodic uses, dipping into the waters of rap set to the infectious Crash Bandicoot-style instrumental.

The track sharing the name of the album is absolutely mesmeric, and it is here that bearface reaches his apex. “GINGER” is unlike anything BROCKHAMPTON have ever pursued before, and while the album feels heavy-handed with pitching, the effect on bearface’s pop-infused vocals is transformative. The gurgling, ambient synths create something beautiful, and altogether nocturnal. It deserves to be acknowledged as one of the best tracks on the album.

“BIG BOY” is similarly a hair-raiser. It’s visceral, reminding you of the raw feeling of a lump in your throat, trying to hold things together. Joba pays his dues, in that remarkable delivery that blurs the lines of rap with the innate fury known to punk. His presence, though intermittent, confesses the hardest truths to swallow, magnified with biblical references for weight. But ultimately, it’s on the shoulders of Dom McLennon who the duty falls to addressing the elephant in the room: Ameer Vann. Intersecting the album, "DEARLY DEPARTED" begins as a eulogy, with Abstract questioning, “What’s the point in havin’ a best friend if you end up losin’ him?”. McLennon, however, is loaded with venom. The lyrical wonder who describes his attention to detail rivalling that of the classic impressionists speaks plainly here. A memory of Vann setting up one of his friends to be robbed spirals into a proud, vitriolic attack: “Pass the weight off to your friends and never face the truth / Because you never learned how to be a man.” This time, the ties are truly cut: “You could talk to God / I don't wanna hear, motherfucker.”

While contributions from Deb Never, Slowthai, Ryan Beatty and Victor Roberts are interesting, for the most part, they are surplus to what this album really needed. BROCKHAMPTON’s particular brand of magic comes from the careful balance of individuality in their unity. The tighter they are, the greater the music will be, and GINGER is testimony to that. While it’s a running joke that to be a fan of BROCKHAMPTON is to chase false promises, shelved albums and ideas that never materialise, it’s important to remember that these are young men, as fallible as we are. It’s tempting to project our ideals and lofty expectations upon them, but rather than criticising them for heading in one direction, doubling back and turning in another, the key to enjoying GINGER lies in its sense of progression, and all the indefinites that come with that. In the words of Joba: “Now where did I go? Where do we go? How do we grow? How should I know?”