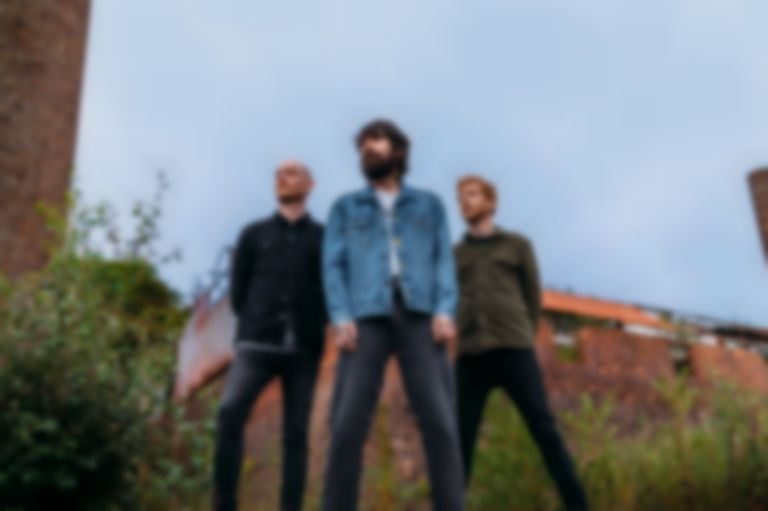 Biffy Clyro have released a second track titled "A Hunger in Your Haunt" from their forthcoming project The Myth of the Happily Ever After.

At the start of the month, Biffy Clyro announced their surprise project The Myth of the Happily Ever After, and lead vocalist Simon Neil described it as a "reaction to" their latest album A Celebration of Endings. The announcement was accompanied by "Unknown Male 01", and last night (20 September) they released a second track from the project titled "A Hunger in Your Haunt".

Neil says of the new song, ""A Hunger in Your Haunt" was a riff I’d had kicking around for a while. It’s an expression of pure frustration. There were moments in the past year when I just wanted to scream my head off. I lacked purpose and didn’t want to get out of bed for a while, and the song is a wake-up call to myself. You need to get a fire in your belly and get up and do something, because no-one’s going to do it for you. It’s like a self-motivating mantra."

The Myth of the Happily Ever After was recorded across six weeks in their rehearsal room, marking the first time the band have recorded in their homeland.

Speaking about the project earlier this month, Neil said, "This is a reaction to A Celebration of Endings. This album is a real journey, a collision of every thought and emotion we’ve had over the past eighteen months. There was a real fortitude in A Celebration but in this record we’re embracing the vulnerabilities of being a band and being a human in this twisted era of our lives. Even the title is the polar opposite. It’s asking, do we create these narratives in our own minds to give us some security when none of us know what’s waiting for us at the end of the day?"

"A Hunger in Your Haunt" is out now. Biffy Clyro's The Myth of the Happily Ever After project will arrive 22 October, and is available to pre-order now.