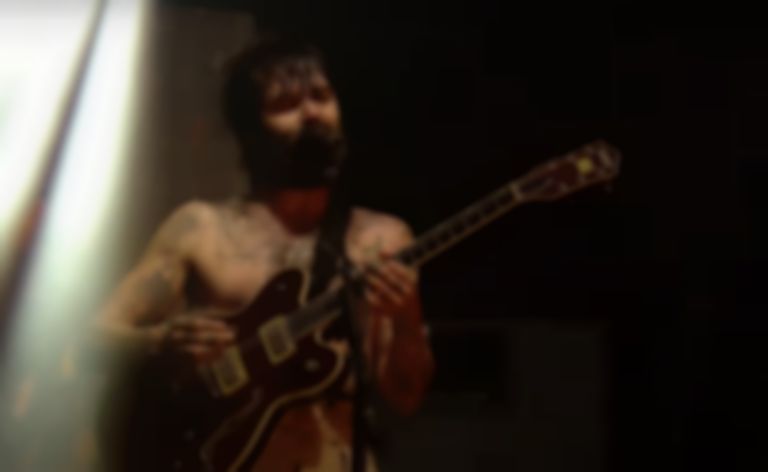 Biffy Clyro are back with news of a surprise project titled The Myth of the Happily Ever After, and have released new song "Unknown Male 01" as a first taster.

After revealing last year that they were planning to release a "sister record" to last year's A Celebration of Endings album, Biffy Clyro have announced The Myth of the Happily Ever After, a record that lead vocalist Simon Neil describes as a "reaction to" their latest album.

Lead single "Unknown Male 01" has been released today, and is the first preview of the 11-song project.

Neil says of the track, "When you lose people that you love deeply and have been a big part of your life, it can make you question every single thing about your own life. Like a lot of creative people, I struggle with dark thoughts. If you’re that way inclined you realise you’re staring at darkness, but you don't want to succumb. Those moments don’t stop. As the song says, ‘The devil never leaves.’ There’s never a day where you wake up thinking, ‘I feel great, it won’t cross me ever again'."

He adds of the project, "This is a reaction to A Celebration of Endings. This album is a real journey, a collision of every thought and emotion we’ve had over the past eighteen months. There was a real fortitude in A Celebration but in this record we’re embracing the vulnerabilities of being a band and being a human in this twisted era of our lives. Even the title is the polar opposite. It’s asking, do we create these narratives in our own minds to give us some security when none of us know what’s waiting for us at the end of the day?"

The Myth of the Happily Ever After was recorded across six weeks in their rehearsal room, marking the first time the band have recorded in their homeland.

"Unknown Male 01" is out now. Biffy Clyro's The Myth of the Happily Ever After project will arrive 22 October, and is available to pre-order now.