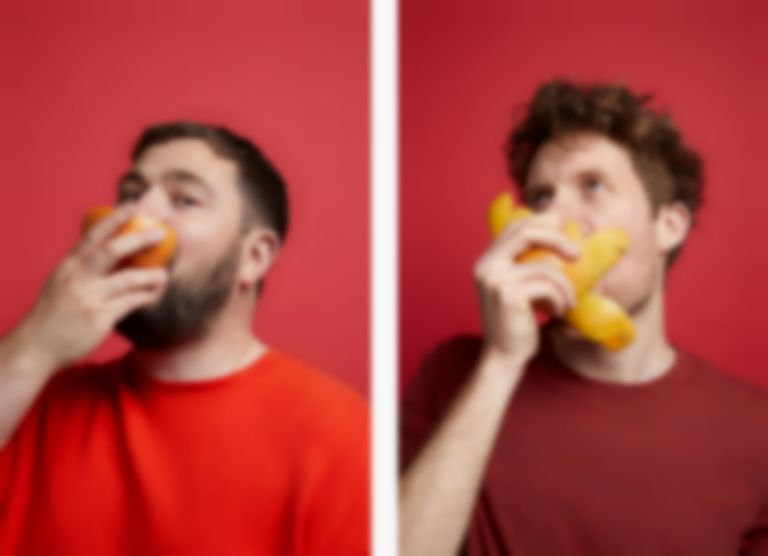 Thumpers are back with "Boundary Loves" and details of long-awaited second record Whipped & Glazed.

This latest squirmy nugget of jitter-pop follows last year's comeback cut "Gargantua", a squelchy riot filled with muscular male angst and veiny bass. "Boundary Loves" explores similar threads with the band's trademark euphoria - it's a sublime set of contrasts and juxtapositions that sets Thumpers up for a thumping Phase Two.

Marcus Pepperell and John Hamson Jr. have returned in a big way - we chat to the former about what to expect from Whipped & Glazed and what the world of Thumpers is like in 2017.

Can you tell us about "Boundary Loves"?

"Boundary Loves" is something we've been kicking around for quite a few years now... we used an iteration of it for a remix, but always knew we wanted to return to it for ourselves. Half of it we recorded back home outside during this humid summer on tour days off, when we pretty much only had one (shit) keyboard available to write on - the rest of the instruments were buried in the van. But we liked the wonkiness that just using one set of sounds gave it. We revisited it and recorded some live drums later but that lopsidedness had to stay.

It's about believing your neighbourhood has cheated on you with a horde of other people quite a lot like you - and leaving all the ridiculousness of that comparison in. Boundary is an estate in east London we used to live on for years that's totally changed now and betrayed the proto-hipsters that lived there 'first' by daring to let deli-owners buy out the caffs there. Ha. As if moving in there themselves had no part in changing the area. But as much as that feeling of betrayal is deluded, something about it's also pretty real, especially when this change all over London/UK is systematically shuttering all these amazing, vital places (Madame Jojo's, Buffalo Bar etc). Not that the rumours of drive-by kidnappings and broken glass were better, but when I walk through there now it's just full of strollers and lines for brunch and something inside me hurts. Anyway I suppose we thought of it as quite a male trait, that kind of possessiveness and worrying over who's the better lover/owner.

Are this song and predecessor "Gargantua" representative of Whipped & Glazed as a whole?

Yeah, lyrically I mean "Gargantua" was us making fun of this aggressive hypermasculinity and "Boundary Loves" laughs at other male insecurities - and those are things that we do in bits of lyrics all over the album. But we definitely didn't set out to make an album that did only that. That one theme just sort of percolated through a few experiences we had in the years between [debut album] Galore and now when we had various relationships fall apart, and without doubt went through a lot of soul-searching after the last album. We reached a point where we almost had no choice but to make light of all the self-flagellation after those experiences and turn it into a focal point. Everything to do with this record (lyrics/artwork/videos/sounds) has moments where its railing against things that we're guilty of too. 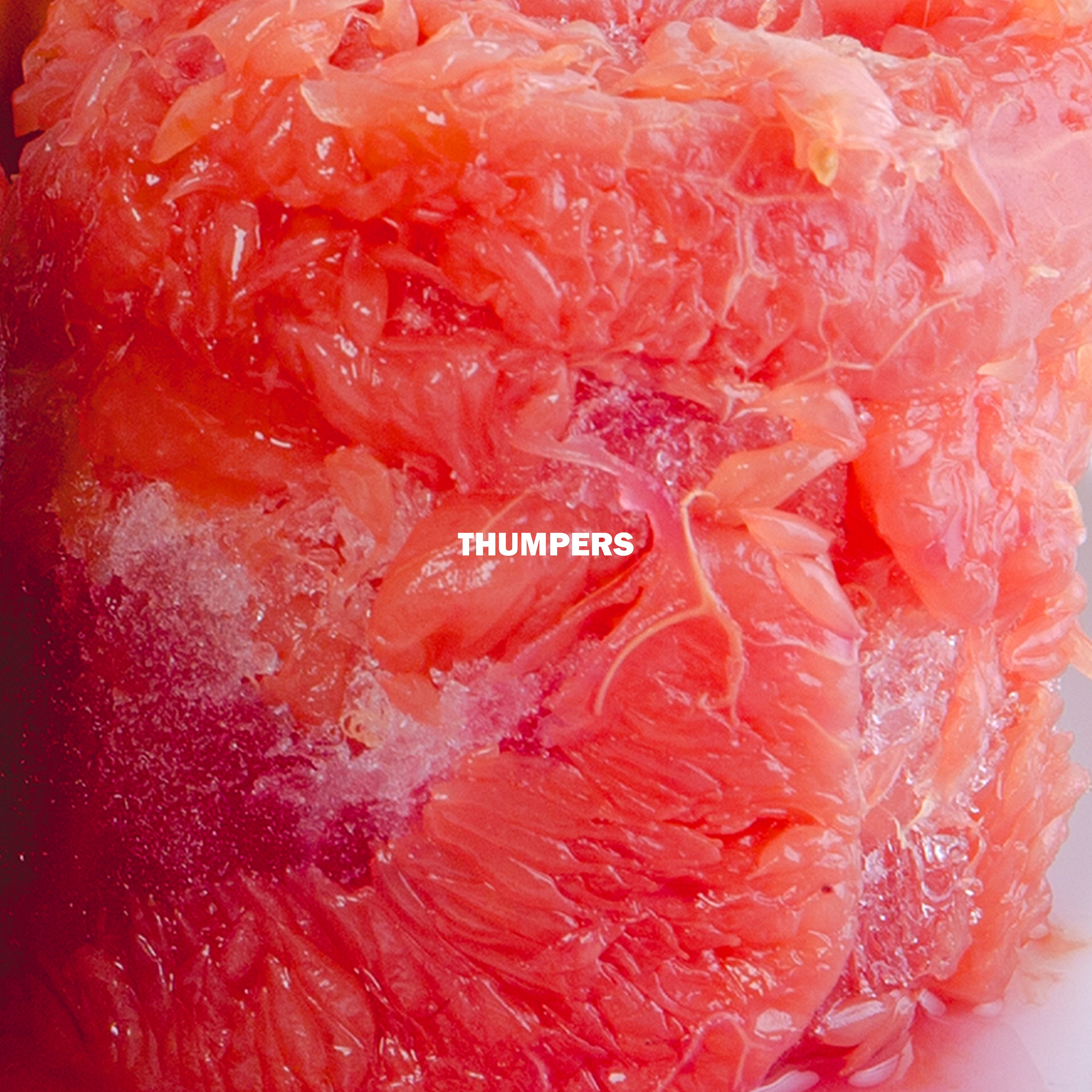 What other sounds can we expect?

More wonk, more rough, more surprises... we've pared down in terms of how we play live now too - focusing a lot more on just detuned guitar and drums and loops - and that shift is a big part of the album. It's more direct overall, there's a lot more room for the lyrics, but also for, umm, solos.

Which song on the record was easiest to complete? Which was the hardest?

We probably recorded about 25 songs over the 18 months we were making it and finding our feet took quite a while… it wasn't until we took a break halfway through to play some festivals that it helped us figure it out and we had the breakthrough. A lot was scrapped…!

The easiest was a song called "Tenor", which we recorded in a few first takes on piano and drums. Jack owns this great sawn-off mini piano which has a pedal on it that makes it sound like you're playing it upside down in a well. When you have a sound that you like enough it can just drive everything else along so sweetly. The hardest was "Caramel" which went through about three totally different rhythms every day we tried it. The drums were set up in the kitchen of this house we were recording in, and I would hear Jack recording hours of different drum patterns, swearing, recording, etc. while I was trying to write lyrics and I'd think, 'yeah maybe I'll just give him like half an hour more before I go back in there with nothing'.

How do you feel the new record advances what we heard from Thumpers on Galore?

It was very very easy to look at our previous work and what happened and react to it and let the pendulum swing too far… in some ways, I think we felt slightly misunderstood with Galore, so in a way, this record is us clearing up and coming clean, but in quite a brutal, heavy way. It still has pop counterpoints, but for all the darker subject matter we're talking about actually I think what's changed most is the sense of humour. "Gargantua" and "Boundary Loves" definitely both have some tongues-in-cheeks there, even if the insecurites are rooted in ours and very real.

How do Thumpers fit into the world now? Lots has changed since we last heard from you.

We didn't feel like we necessarily fit with what everyone else was making when Galore came out, so as painfully awkwardly as ever, I guess...! But at least this time we're talking about the pain, instead of running away from it. We've made an album that's about making a kind of temporary peace with what has tormented us, certainly me, for however long, whether that's just by recognising these insecurities, maybe warping them, sometimes making fun of them. Maybe doing that seems sort of trivial and too personal a thing to hold up as a thing to offer people to listen to when they're surrounded by shrill headlines - but I don't think that makes it at odds with the state of the world at the moment at all. It's like small intimate things blown up to larger scales. This is an album obsessed with anxieties and one thing you can say about the world lately is that it's given us all no good cause to be less anxious! 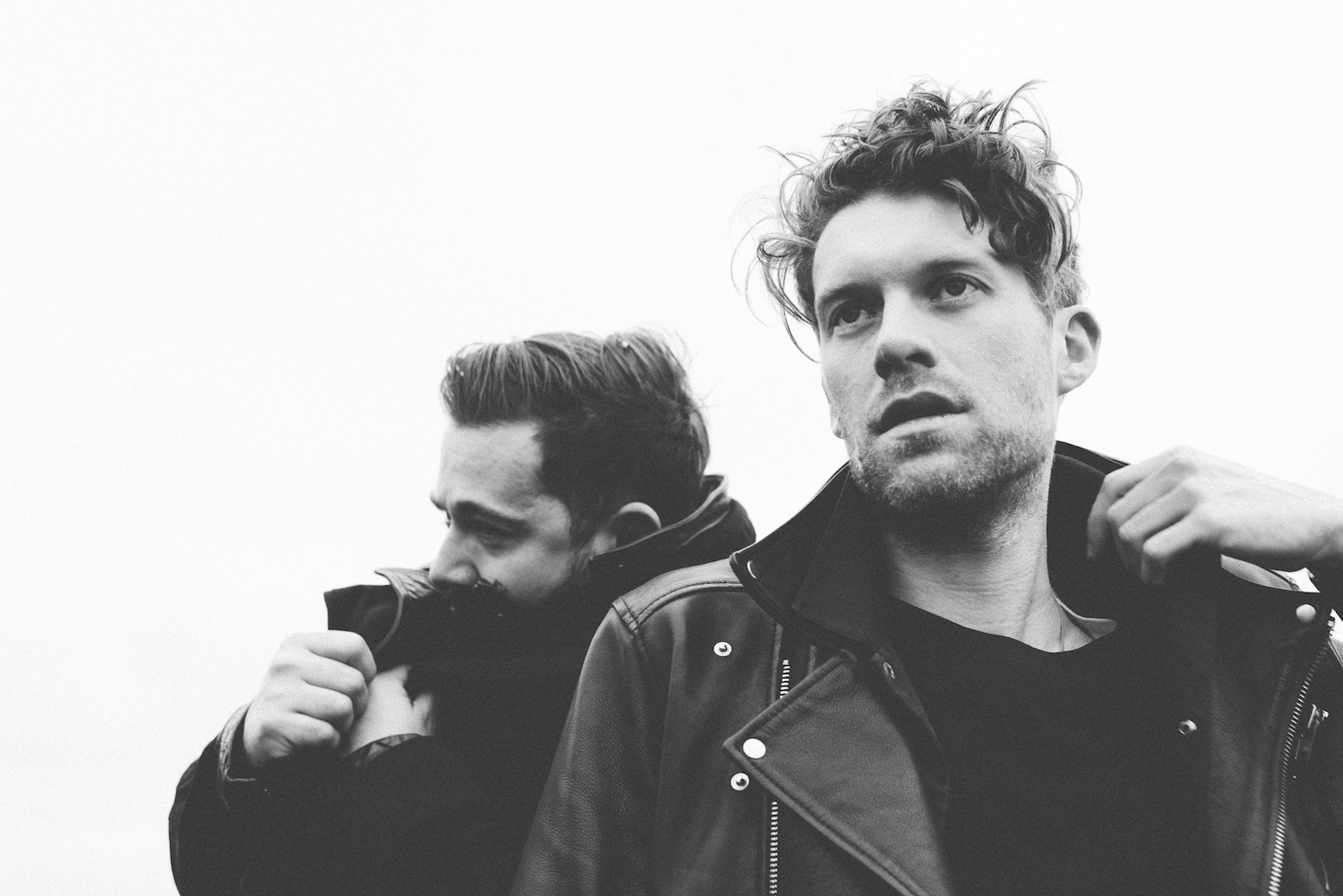 What's it been like getting back up on stage?

Incredible. I wish we hadn't stopped for so long. A lot (A LOT) of things get in the way sometimes, but playing to people in a room is a direct joy. It's fucking scary how much you can miss something like that.

Have you roadtested much of the new material?

We've probably played 70% of the new album live now, and at a couple of festivals too which was a great way to find out what we had on our hands. Tufnell Park Dome hit home hardest though. People were riotously drunk.

Reintroducing ourselves to the world... it's been some time, and you've changed and we've changed so I guess we want to be able to meet people again for the first time. More often than not I would fall for artists on their second records, so I guess I hope we're afforded that open-mindedness too.

Whipped & Glazed is out 1 September via True Say.