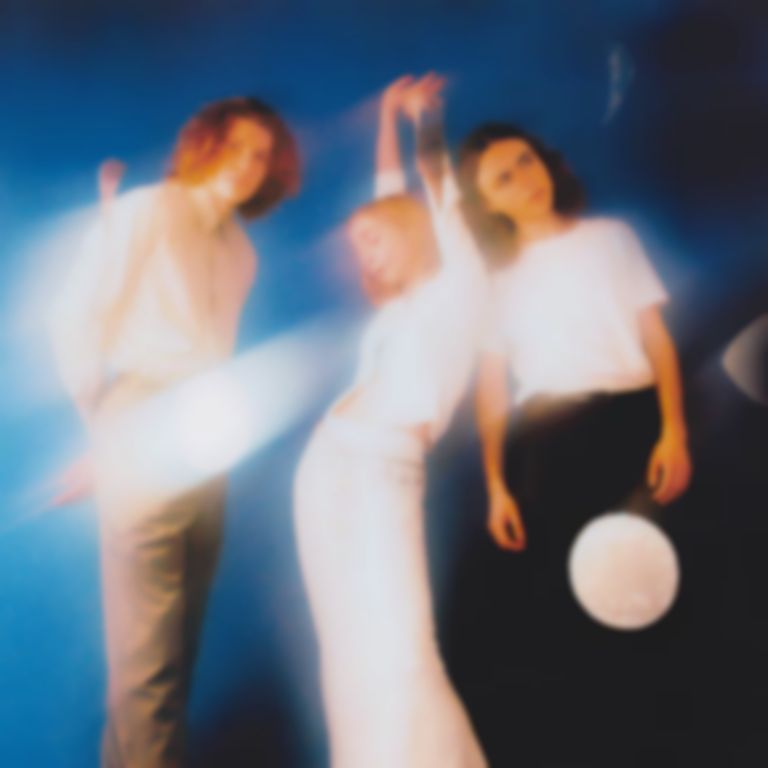 Photo by Neelam Khan Vela
Song Of The Day

Hampshire trio Drug Store Romeos announce their debut record The World Within Our Bedrooms with dreamy new single "What's On Your Mind". The album - to be released on Fiction - is set to drop on 25 June.

Shoegazing their way through the celestial spark of recent releases “Jim, Let’s Play” and “Frame of Reference”, Drug Store Romeos’ transcendental trek continues apace via a hypnagogic taster of much-awaited debut album The World Within Our Bedrooms.

“What’s On Your Mind” stands as a portrait of the band in their unearthly element, conjuring spellbinding confections in a spare yet effective manner; Sarah Downey’s ghostly vocal traces and opalescent keys blurring with Charlie Henderson’s bassline in a tempo-twisting gravitational pull through a sonic stream of consciousness. The Fiction Records-signed trio’s propensity for cosmic, beguilingly escapist melodies remains an unshakeable draw, belying their humble Hampshire origins in a mystically primed streak inspired by a collective passion for acts such as Stereolab, Tom Tom Club and Broadcast.

Capturing the experience of early-morning homeward-bound train trips to Fleet following gigs in the capital at venues such as Brixton Windmill, the three-piece’s latest track basks in an indefinably low-key energy, proving they haven’t relinquished the Home Counties charm at the core of their growing canon of dream pop-draped soundscapes.

With George Murphy returning to produce, the band’s new single homes in on the revelatory, often discombobulating impact of revaluating personal history. “The last half of the song is sort of our interpretation of a mental journey through realisations about past situations that send you down rabbit holes of thought that end up linking to other rabbit holes,” they explain. “During this journey you go through positive and negative emotions, but the negative emotions are not inherently bad and can lead to positive change. ‘What’s On Your Mind’ is also about perspective change and was made for listening to at 10pm as you’re settling in for the night”.

"What's On Your Mind" is available now via Fiction, with debut album The World Within Our Bedrooms to be released 25 June - preorder now. Follow Drug Store Romeos on Instagram. The band play London's Scala on 17 November - tickets go on sale 2 April.