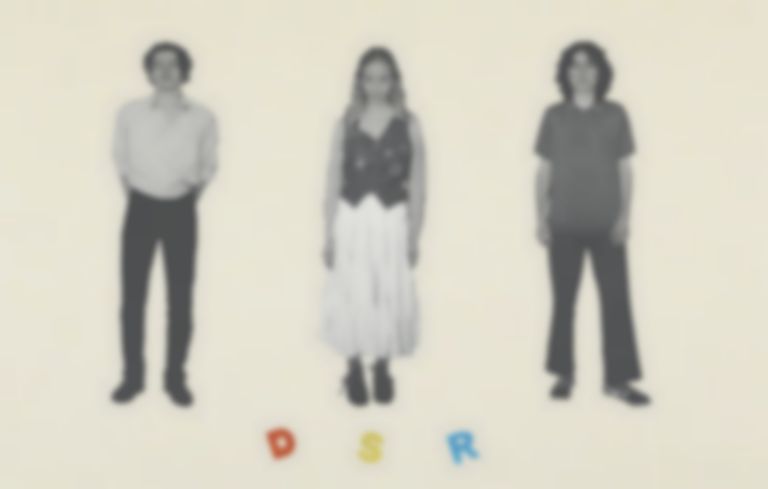 Photo by Melanie Hyams, collage by Sarah Downey
Song Of The Day

“Frame of Reference” offers another glimpse at the ambitions of what Drug Store Romeos have termed “dream pop trip hop”, with a grooving twist on that same warm synth sound.

The trio’s late-2019 debut “Now You’re Moving” was intoxicating and surefooted, a dreamy mix of late-nineties textures akin to Cocteau Twins, Broadcast or Stereolab. “Frame of Reference”, however, makes that single look tentative, combining those textures with punchy, simple, eighties-influenced basslines and synths - all achieved despite the brevity of two-and-a-half minutes. Drug Store Romeos’ layering feels escapist, managing to transport their listener to a nocturnal world of sweaty clubs, hazy lights and moody dancefloors.

While danceable pieces of retrophilia can often over-rely on a single groove, “Frame of Reference” is nothing if not mobile. Near-constant shift-changes in melody sit below Sarah’s breathy vocals, themed around distancing within relationships, and on top of the rich bed of sound that they’re quickly becoming renowned for.

“'Frame of Reference' is your point of view,” explain the band. “The song is loosely about when you realise that someone you once had a close relationship with is subtly changing and you know that it’s inevitable you will eventually disconnect forever.

“The song is trying to convey a sort of euphoric sadness. ‘Frame Of Reference’ is a song belonging to a feeling, belonging to a change that is yet to be made.”

“It definitely has a dancier feel to our last single,” they say, with the visuals honouring that sentiment perfectly. “We love dancing at our shows and felt that our set was lacking that. The goal was to make something that felt minimalist whilst being quite full and encompassing.” For a pitch so quizzically broad as “dream pop trip hop”, the trio are only further shattering expectations of exactly what that is.

“Frame of Reference” is out now via Fiction. Catch them on tour on 23 February at The Victoria and 4 March at Oslo, London for Annie Mac Presents. Find Drug Store Romeos on Facebook for their other shows, including dates with The Orielles.