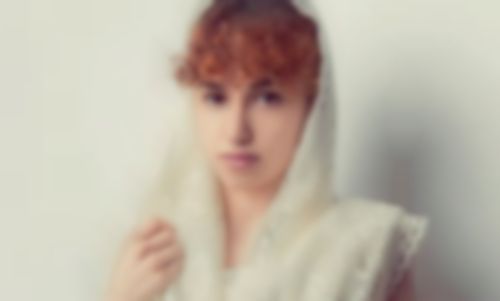 Empress Of finished fairly high on many end of year lists as 2012 finished up, with a farrago of blogs and tastemakers tipping her for great things.

Indeed, tracks ‘Don’t Tell Me’ and ‘Champagne’ were sparkling cuts of shoegaze-laced artpop, glistening with luxurious synths and the sun-bleached voice of Lorely Rodriguez, the brain and talent behind Empress Of. Her debut EP Systems cemented her rapidly accelerating reputation for au fait electronica with cuts like ‘Tristeza’ and ‘Hat Trick’, both becoming swallowed by the hype machine.

She began her writing career with ‘Colorminutes’, an audio scrapbook of glinting ideas and vibrant colours; it’s a project that launched her music, something she used/uses to influence full-length tracks. It’s a unique way of working – instead of bashing out a few ditties in a studio, she records snippets of inspiration and squirrels them away on YouTube for future use.

On the back of her wondrous, flightly electro-pop, she’s been touring with Jamie Lidell. The Brooklynite takes a few spare minutes out of her tour-comedown period to chat her writing habits, sexism in the music industry and her live learning curve.

Did you have a good time touring with Jamie?

It’s been good! It was the first tour for me so it was largely a learning experience. For the most part it was DIY. I did a lot of the driving and dealing with promoters and a lot of other things, but it was insanely awesome.

Was it daunting performing your music for the first time? How did the audience react?

Every night was a new audience. It was cool to see how people in different cities react to my music – none of them were really there to see me because I was the opening act for Jamie! But for the most part people were really supportive. I think after playing 30 shows straight I feel pretty confident now, and have gotten a little better at communicating with an audience, which is so valuable.

Do you think you’re set up for a headline tour any time soon?

Your EP came out here earlier in the month, how did you write and record it?

The four songs on the EP are from the Colorminutes collection of demos. I chose the four that I connected with the most, that I also felt were cohesive with one another, and I elaborated on those ideas. They each took on their own course to develop as fully conceived ideas – it took me a month to finish the song ‘No Means No’. It’s really interesting to go through and hear the different stages of that song because there are so many different bounces (when I turn them into MP3s from the recorded session). I really like where that song ended up though.

Has the EP got the reaction you were hoping for?

Well its gotten a positive reaction from a lot of people, which is all I can really hope for! I think I’d like to see how people have reacted to the B-side which is in Spanish, but I haven’t really had the opportunity to speak to anyone who lives in Spanish speaking countries to ask them… I just hope that someone in those countries has listened to it.

Will you continue to write and record using both languages, or was it just an experiment?

It was a concept I had to split the EP: divided by language, but cohesive in music and sharing the same sonic ideas.

Was it difficult writing in another language?

No, I speak Spanish! It was really fun. It’s really important to me to write my style of music in the language because I don’t really hear much experimental electronic pop done in Spanish… and sometimes the Spanish speaking bands write songs in English, so I wanted to do it for that reason. I think I’ll do another release in the future in Spanish.

What influenced it all?

Well I wrote the Colorminutes (which then turned into the EP) on a daily basis for thirty days, so the bulk of those lyrics are literally what happened to me that day. There was this one about me and my friends going to this island, it literally is this moment described word for word. We’re at this harbour island in New England area by Boston, and the water is so cold there no matter what time of year, and we were jumping in taking off our socks. Now that I listen to it it’s like a little diary. I get transported back.

Will you do something similar to the colorminutes for further releases?

Totally! I think its my favourite way to work so far. I’m trying to find the space right now to dive into another writing session in New York. I’m going to do a similar process where I write a song every day to find material for my full-length. I don’t know if I’ll show everyone this time around… but maybe someone will steal my computer and upload them on bandcamp…

What about music that’s influenced your sound in general? Do you have any musical heroes?

Well the sound I’m developing into is hugely influenced by female singers. I never really grew up listening to female singers – I always listened to male singers – but recently I’ve gotten into bands that have frontwomen like Broadcast, who are one of my favourite bands of all time, and Deerhoof.

Satomi is such an amazing performer, and her style of singing doesn’t really conform to a genre. I guess that’s what I like about these female singers that I’ve gotten into – they don’t really fit into a box. Like Elizabeth Fraser, she just invents the genre or the sound.

Grimes has just released a pretty scathing review of the music industry recently. What’s your reaction?

I read it yesterday, It’s awesome. I think she obviously had a reason why she posted her commentary.

As a women who writes and produces my own music, I have found it very often that people who try to help me say ‘you should work with this producer or work with this writer’ and I get offended, especially when I come off a long tour, because my involvement in those aspects of the music is what makes it sound like that. I know these people are just trying to help and don’t realize that its offensive, because that’s how it works for the majority of the time. I think there aren’t many female producers/songwriters in the business and that’s why they get treated like that. I’m hoping that changes in the future. I think what Grimes is doing and what a lot of other female producers are doing, like Julia Holter and Laurel Halo, will influence a lot of younger artists to continue on the path.

Do you think that things will change eventually?

I think so. I know that I will continue to work this way, and I feel very obligated as an artist to have a lot of creative control in my project, so I hope that that only influences more female artists.

Do you aspire to be a figure that can make those changes/spearhead a movement/lead a revolution? Will the changes be sudden or do you think it’ll be an uphill struggle?

Well I think in regards to the music industry, I think there have always been some amount of female producers but I think because of the Internet and technology and the ability to record music yourself its increasing more and more. I think its just inevitable. I’m hoping it will not be too much of a struggle, but you know there are always people who judge based on stereotypes. I think the audience I’m trying to make my music for has to be accepting of pushing boundaries.

And a bit of a non-sequitur for the final question: have you got any plans for the rest of the year?

I don’t know what’s going to happen this summer. I always want to play more shows, so I would really love to play some festivals this summer (I don’t have any planned for now though). I’m going to start writing music for a full-length, which I’m really excited about. I’ve never done an album before and I think its going to be an amazing challenge. I’ll be playing some shows in New York with Doldrums, Twin Sister and some other great bands!