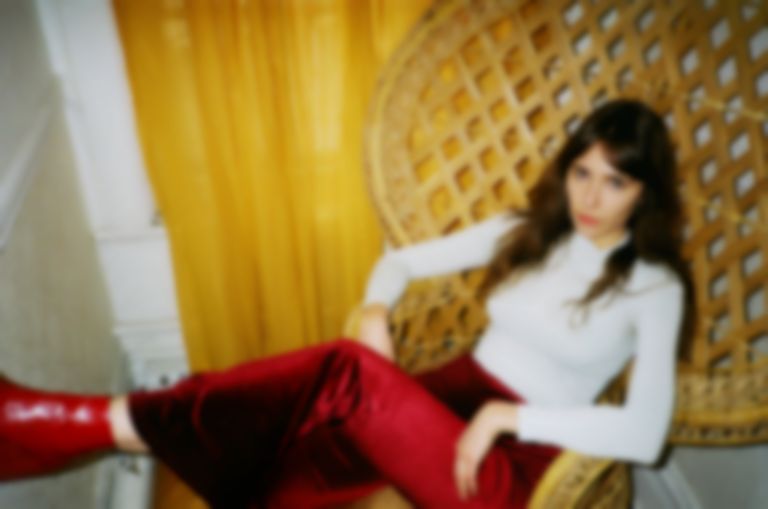 We've already been impressed with Anemone following recent performances at Canadian festivals FME and Megaphono, and new track "Baby Only You & I" reinforces our view that Soldevila is making some seriously addictive music.

There's a clear link to Broadcast and Saint Etienne in the music of Anemone ( who expand to a five-piece live, with Zachary Irving, Samuel Gemme, Miles Dupire-Gagnon and Gabriel Lambert), and as an organ dolorously drones through this track augmented by insistent percussion and a bobbing bass it's difficult not to imagine this sitting comfortably alongside the best work of those bands.

As Soldevila repeats the lines "I feel like the stone is coming back to me / I threw it away and it came right at me" on a loop, her light voice layered with flower-power harmonies, "Baby Only You & I" seems to capture the inescapable inevitability of lovers who are meant to be together.

"I wrote this particular song very recently - music fills my heart when going through emotional periods," says Soldevila. "In these times I've written music that tries to capture the feeling of a specific moment in my life, making it even more concrete and alive. I’m addicted to living and to motorik beats - I can say I try to capture different ambiances which I like to think of as the feeling of driving endlessly on a motorway; smiling and allowing your mind to think and breath out. I’ve constantly been revolving around love like a planet around the sun. I attempted to create a similar feeling with this song, the hypnotizing moment of falling in love uncontrollably, of being magnetized around a human. Even after you could have completely given up on love - there is always hope of living it again."

This is a lovely, sunny, lodge-in-your-brain-and-never-leave sort of song...and to clarify, that's very much a good thing.

"Baby Only You & I" is taken from the EP of the same name, out 27 April on Luminelle Records. Anemone play a handful of shows at SXSW this month.