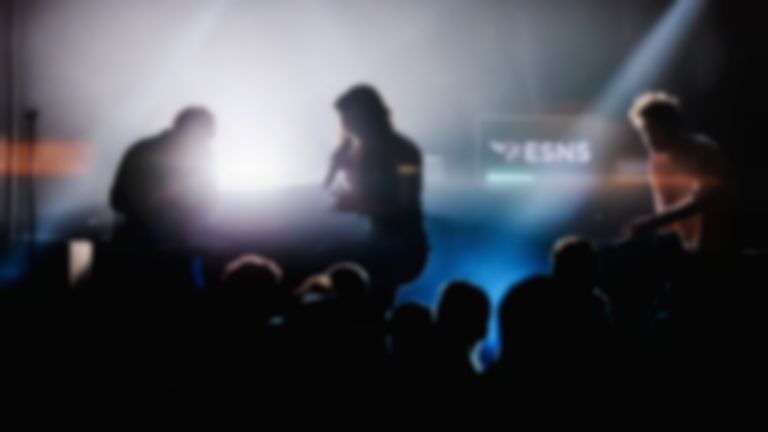 Kicking off another year of festival fun, Eurosonic Noorderslag is always a highlight on the calendar showcasing up and coming talent from across Europe with this year's focus on Denmark bringing some great Danes to the attention of industry and fans alike.

Once again, this January, it's time for the music industry, press and fans alike,to descend on Groningen, a town in the north of The Netherlands, for the 32nd edition of the Eurosonic Noorderslag festival. An annual celebration of exciting new artists, bands, developments and ideas across all genres and aspects of the music world. A hot bed of up and coming European talent, including home-grown Dutch artists as well as bands from further afield, this year proved Denmark Blooms with Danish acts taking centre stage as the festival’s focus country.

With its canals circling the city centre and multiple cycle paths, getting around Groningen is simple, most venues are a maximum of 15 minutes by foot from one another. This picturesque location serves as a great backdrop for Instagram shots, if you increase your brightness, because it's usually cold and grey this time of year, but don't let that put you off. If you're used to lazing about in the sun to get rid of your festival hangover day after day then that's not something you can do here, but not to worry, a quick stroll with your new best friend, the frosty air, for some breakfast and coffee will revive any morning after blues.

Certified Danish superstar MØ shared her not-to-miss acts earlier this week, they were among some of the many Danish artists who featured on the 352 act strong line-up across the four days of the festival. Some of the most talked about artists of this year's event were the UK's very own IAMDDB, Jacob Banks and Superorganism playing to crowds which packed some of the city's largest and most intimate venues to the brim. Other familiar names on the line-up included Pales Waves, one of our Ones To Watch and the most-tipped act for 2018, Sigrid, another One To Watch and the BBC's Sound of 2018, plus fellow Sound Of nominee ALMA who is spending most of her time in the studio working on new music.

The latter two we saw as part of the EBBA ceremony, which filled up Wednesday night, they performed alongside 6 of the other winners. Sweden's Skott took to the stage first for a pyrotechnic-assisted version of "Glitter & Gloss", Germany's Alice Merton who released her debut EP No Roots to rave reviews last year hit the ground running with a knock-out performance of the title track, one-man-band Youngr also took the stage with his summer-inspired hit "Out Of My System" and Danish winners Off Bloom loved to hate it, but more about about them later. The night also saw Kristian Kostov, the first Bulgarian EBBA winner ever, take home the Public Choice award which last year went to Dua Lipa.

Like most city-based festivals there was a lot of running around and double-backing on yourself to get to the next venue on your list and for Thursday and Friday evenings we did a lot of this. However, on Thursday evening it did look like there may be some potential disruption to the festival as citizens of Groningen set out to march around the town for a rally against gas extraction via fracking which has been blamed for recent earthquakes in the area. The worthy cause, supported by the festival, didn't cause significant disruption our plans, but shined a light on and raised awareness of the issue to the international community of festival go-ers like ourselves.

What We Saw At Eurosonic 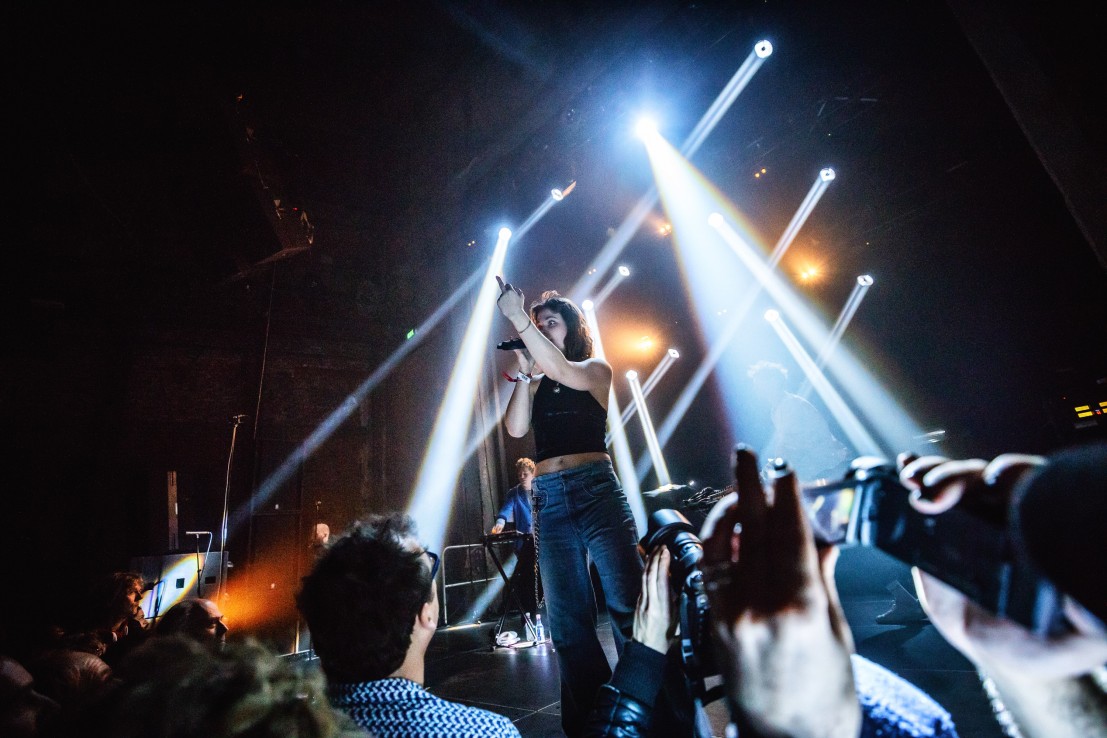 The now London-based three-piece that are off bloom certainly know how to put on a show with their fast-paced, electro-tinged pop bangers. It's a non-stop set with back to back floor-fillers with tracks from the band's two EPs lighting up the night and lives of the crowd in the main room of the Grand Theatre just off the city's main square.

Just a girl that's up to something, or so says the rising star's latest single. Naaz's story is quite a sensational one, convincing her parents that being a songwriter and an artist was the right path for her. Live she's let loose, running across the stage in Huize Maas, it's an inspiring set to watch as she explains how every one of her songs began in her DIY bedroom turned studio. 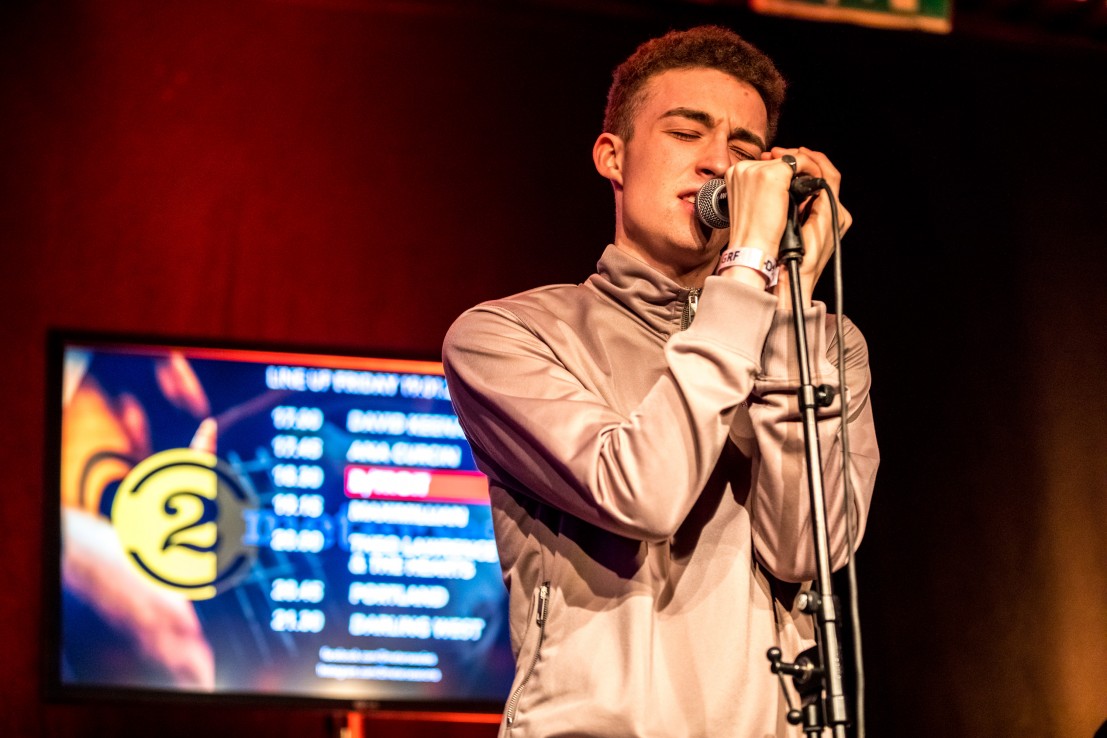 At only 19, Maximillian is still in the early stages of his career, the Copenganen-based singer-songwriter still wowed us with his vocal prowess and new tracks which he shared live for the first time. We loved hearing the young crooner deliver with track like "Heard", which we loved a lot last year, but it was newer track like "Arguments" that showed the diversity of his talent.

There are no cracks in Soleima's live show, her consistency in her releases and sound translate to a stellar live performance. Cruising through hits like "Breathe" and"Cracks", newer releases like "Paper" and "Low Life" sound even bigger. Soleima's stage presence has improved significantly, more confident than ever, she's pitch perfect and commands the crowd like a seasoned pro.

Italian singer-songwriter Giulia Fontana delivers a magical word of storytelling and dreamy synths with her artist project HÅN. Tracks like "Children" and "1986" showcase her ability in creating uplifting sentiments through sparse instrumentation and tapping into the innate musicality of her own vocals. A cover of Blue Foundation's "Eyes On Fire" sees Fontana and her bandmate tackle new depths.

Performing on the audo-visual DOT stage which is basically a planetarium-come-cinema, the Danish producer and vocalist has an impressive light shows which looks stunning in the surreal setting of the venue. Making their way through last year's Healthcare EP, complete with slick moves and a lunge into the crowd, GOSS is capitaviting with polished pop tracks laced with affecting vocals and sonic glithces. 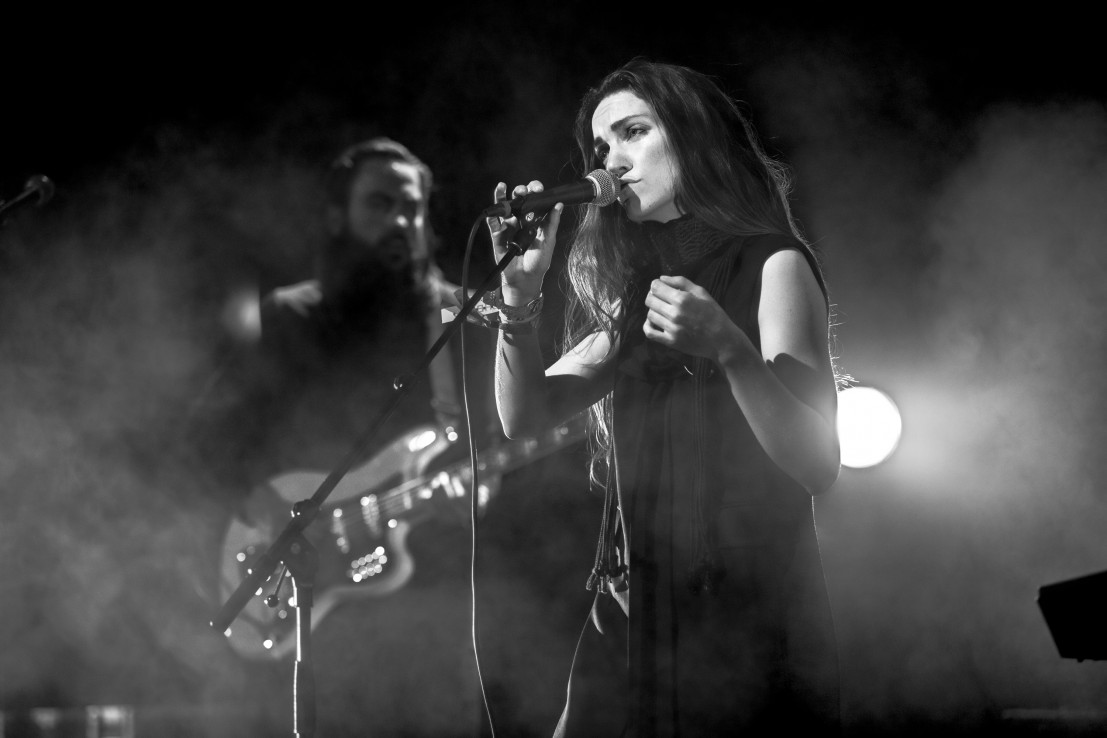 Soulful and stirring Ellis May is a unique talent and her performance in the intimate setting of the upstairs theatre Groningen's Grand Theatre is a real moment for the crowd who file in and out one by one looking for seats. May creates dark, brooding tracks with the most subtle instrumentation and her voice alone, its a fascinating show and her music is heavily influenced by Denmark's capital. 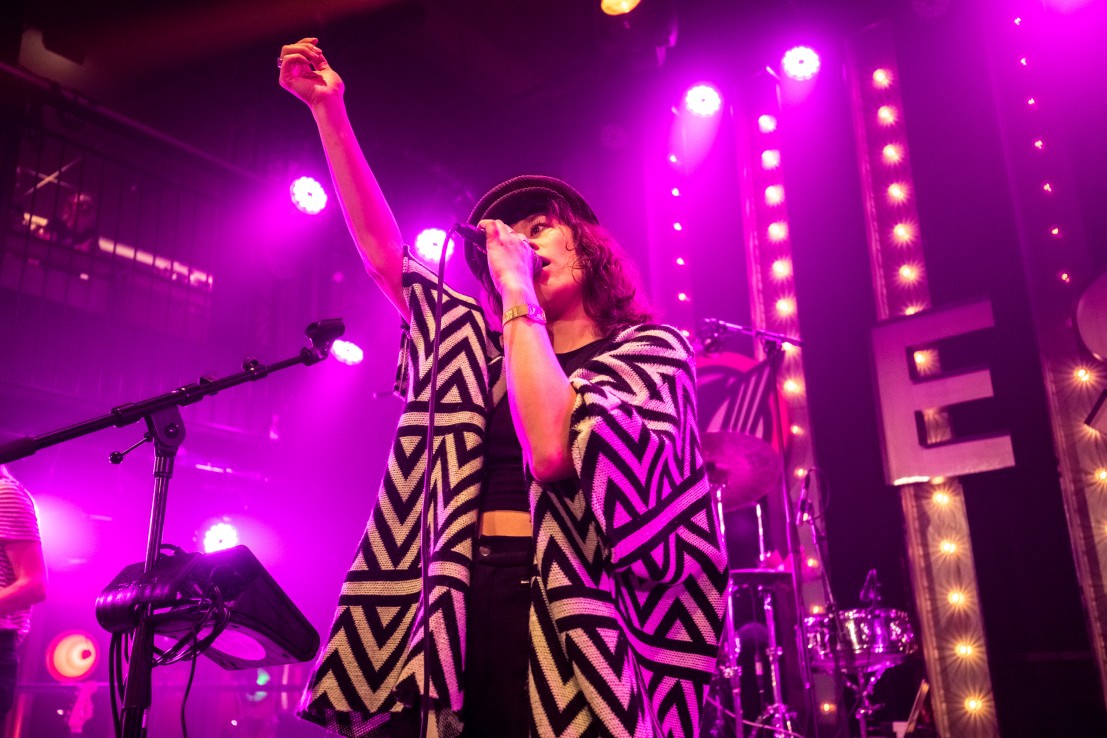 As you may have heard, flights in and out of Amsterdam Schipol Airport were cancelled on Thursday due to strongs winds this meaning some line-up changes ensued. In a surprise performance, Amsterdam's very own EUT shared their distinct alternative, post-pop with an energetic performance on the Grand Theatre's main stage. With only two tracks out, we're excited to hear more from this new discovery.