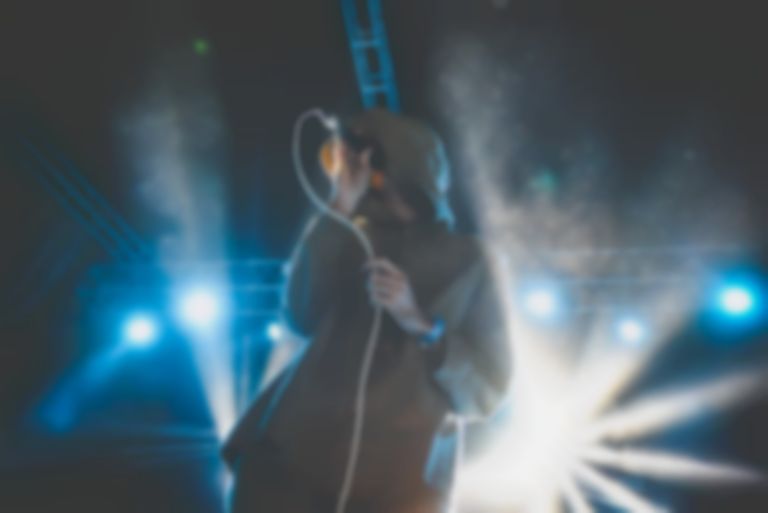 Ahead of a string of European festival appearances this summer, Deerhunter returned to London for the first time in two years. Following on from their acclaimed seventh album Fading Frontier, things seemed to be getting quiet in camp Deerhunter.

A sigh of relief was breathed then from their cult-like following in April when, after performing with Welsh musician Cate Le Bon at Marfa Myths Festival, frontman Brandon Cox revealed Le Bon would help produce the band’s next record. In an interview with Vogue, Cox disclosed their eighth studio album’s working title as Why Hasn’t Everything Already Disappeared?, inspired in part by his time in Marfa, Texas. With the announcement in May of a new home-recorded cassette The Double Dream of Spring, limited to 300 copies and available only on tour, it became apparent that the wheels of buzz had been set in motion for Georgia’s indie stalwarts.

Tonight's show at KOKO, the first of three special UK dates before a summer of European festival slots, proved an apt space to debut their new material to their devout UK fans. Opener 'Detournement' sees Cox enter the stage alone, delivering a dark and discordant monologue, while 'Futurism' had much of the irresistible pop appeal of Fading Frontier; a piercing Strokes-esque guitar lick bounced above an easy going rhythmic march.

An early appearance of Halcyon Digest’s 'Desire Lines' really pushes energy into the performance and in spite of the impressively nonchalant grace of guitarist Lockett Pundt - who here sings main vocals - the track is delivered with all the nuance and drive of the original and is a powerful experience to behold.

Indeed, Experience holds particular agency when Deerhunter perform live. There is something oddly theatric in their seemingly blasé awkwardness, or perhaps rather in the way it contrasts with their euphoric and enthralling selection of songs. The most hypnotising moment of the evening is somewhere amidst an elongated rendering of 'He Would Have Laughed', held together with the simplest of beats but somehow building into a crashing tower of sounds that blends into one.

At some point in the evening an old university acquaintance spots me in the crowd and says, “this is religious, man”. For all his drunken hyperbole he’s right. This is Deerhunter as they are meant to be, loud and hypnotic, and the experience is righteous.