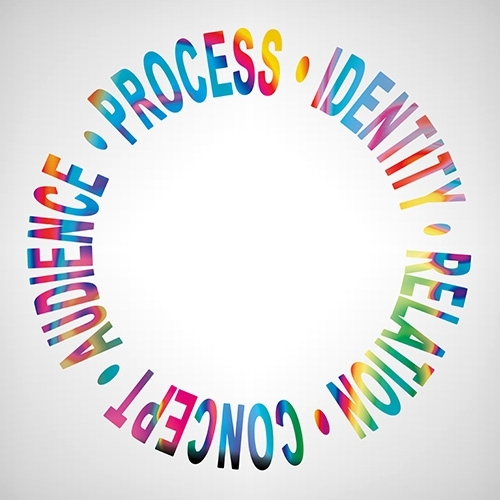 The Embassy are, if you’ll allow me to indulge in a hydrological metaphor for a moment or two, the main stem of the Gothenburg music scene, if not the source of modern Swedish pop music from which the tributaries of Studio, The Tough Alliance (although those acts formed around the same period of time, their respective labels (Information, Sincerely Yours) took their name from Embassy tracks) and Air France flow.

Suitably enough, for this laboured opening, Gothenburg is a coastal city, situated on the south western shores of Sweden and there’s no doubt that the sound these bands honed and made their own could only have come from the environs of that city, located at the mouth of the Göta Älv and with an Oceanic climate that permeates the positively Balearic sound that’s become Gothenburg’s hallmark.

It’s been eight long years since The Embassy gave us Tacking, a record that took the oft-intimidating dance thud of Factory and the Haçienda, added a dreamy jangle of guitar and a percussive flourish to create something new, yet pleasingly familiar. It wasn’t just the sound of the Southern shores of Sweden, but also the south shores of Spanish islands and Pacific palm tree-d idylls. The Tough Alliance’s The New School album appeared around the same time, and in recent years we’ve had albums from Korallreven, Taken By Trees, jj and El Perro del Mar that all contain varying shades of The Embassy’s template. Now, in 2013 in the wake of the breakup of Air France and Studio and the closure of the Service record label, Fredrik Lindson and Torbjörn Håkansson are back with a long-awaited and perfectly-timed new album for those of us worried about the future of Swedish music (you really needn’t be), Sweet Sensation.

The feeling, from the moment that ‘Roundkick’ starts off with a 4/4 beat, elastic bassline and Lindson’s breathy exhalations, is that of a familiar and warm breeze on the face, and a trip through the legacy of The Embassy so far. This was the last Embassy track to be released on Service, and the artwork for the single suggests a strained relationship, not just between the band and the label, but also perhaps between the band and the audience – at once a peace sign (or is it a v-sign to someone?) and flipping the bird. ‘Roundkick’ represents looking both back and forward, from the scratchy post-punk guitars to the squelching electro outtro via the tropical percussion, drawing a line under their relationship with Service while opening a door to the future of the band. And they don’t look over their shoulder for one moment.

It’s swiftly followed by an Andy Warhol sample and then we’re off into the gorgeous lilt of ‘Related Artist’. The vocals of Fredrik Lindson have never been what you might regard as classic pop vocals, but his delivery has always seemed perfectly at home with The Embassy’s music. The lightness of acoustic strum is a balance to the weight of Lindson’s voice as he cryptically intones “gender and race, always” over an insistent backbeat, before a Johnny Marr-eque electric guitar line takes the song to its sunny conclusion. Whether the title refers to all music, regardless of gender and race, being related or whether it’s a song about lazy categorisation is up for debate, but the way that The Embassy have combined varying styles over the years suggests they might be making a bit of a point either way.

‘International’, the song that gives a name to the duo’s new label, is a beatific Balearic experience, with near-flamenco style guitar melding with precise percussion to create hazy memories of the perfect beach holiday, and it’s interesting to note another thudding clubby outtro similar to the ending of ‘Roundkick’, evidence that this is a band that always wishes to remain positively now, not resting on nostalgia or remembrance of things past. It’s followed by the delight of ‘Livin’ Is Easy’ which vibes on some marvellous funk guitar and Lindson sounding positively louche like prime Bernard Sumner, and then the clap-and-snap of ‘Nightshift’ ensures there’s a real flow to the record, keeping one foot firmly on the dancefloor.

‘I-D’ is the greatest song Pet Shop Boys never wrote and ‘It’s Always A New Thing’ might be the most playful The Embassy have sounded in their career, both tracks united by wonderful deep bass – a sound that dominates Sweet Sensation and also underpins the sample of Marine Girls (Tracey Thorn’s pre-Everything But The Girl band) expounding on their future career plans on ‘U’. We end with ‘Everything I Ever Wanted’, a paean to living in the here and now that bursts with warmth and positivity.

Coming through the breakups and label closures has somehow imbued The Embassy and Sweet Sensation with a remarkable sense of living for the moment. It’s an album about reconnecting with music and with the band’s audience; it’s about re-discovering identity and kinship (for Lindson and Håkansson) and it’s about love and the love for the process of making music. Above all, it’s a wonderful album, a joy to behold and all these words simply don’t do it justice.

Listen to our exclusive stream of Sweet Sensation