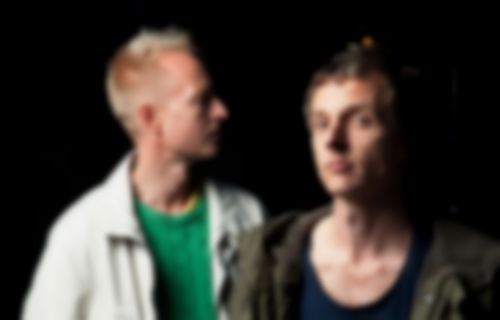 I’ve never been one to bring personal ‘Dear Diary’ type experiences into posts about music. One of the many obvious reasons being as simple as “why would anyone care?” – and, rightly so.

So if you’re here to listen to the incredible comeback single from The Embassy – their first new material in six long years – it’s embedded directly below this very paragraph. Enjoy, you won’t be disappointed. They’re a duo who are, rather criminally, overlooked by the masses, yet simultaneously championed by more mainstream acts than you can shake a stick at. ‘Related Artist’ is lifted from the forthcoming album Sweet Sensation – released via International on 26 February.

Back in April of last year, I went out to Gothenburg to spend a few days with my friend Joel. He’d just been through a rather emotional breakup and I wanted to give him a hug. Hang out. Shoot the shit, so to speak.

He greeted me on the Friday afternoon at the tram station with a beer, a miniature bottle of champagne and ‘Eye Of The Tiger’ queued up on his phone, which began to boom out of his tiny iPhone speakers as soon as the cork popped. For that weekend, GBG Belonged To Us. As the saying goes.

I had no expectations of the visit whatsoever. Joel knew the city like the back of his hand so I just wanted him to guide me around for a few days, take me to his favourite hang outs, meet some of his friends that he spoke so fondly of. That night, we took the tram to the centre of Gothenburg and hooked up with a few of Joel’s buddies at some strange Mexican restaurant. I instantly recognised Victor who used to be Best Fit’s Swedish correspondent many years ago; it was great to see him and I felt instantly welcome and warmed by him and the company he was in… And, even though I was surrounded by about ten fairly intimidating Swedish hipsters wearing hiphop style clothes and sporting gold chains, there was an easy feeling in the air. I guess they were just slightly amused by this new English face that Joel had unexpectedly dumped on them.

It wasn’t long before Henrik showed up. It was the first time Henrik and Joel had seen eachother since their pop group, Air France, had split up a few weeks prior to my visit. It was still a very raw time for them, so whilst they caught up with eachother, I took myself outside for a cigarette. Eric was standing outside and I introduced myself properly. Recalling mututal friends, and so on. He’d always been a bit of a hero of mine – being a founding member of one of my all-time favourite bands (The Tough Alliance) and owner of possibly the greatest label in Sweden (Sincerely Yours) – it was kind of strange not thinking about any of that ‘music’ stuff whilst we just spoke about families, children… the weather.

We moved on to one of Gothenburg’s most popular bars. I can’t recall the name, but it’s the place that Jens Lekman sings about in the song ‘Waiting For Kirsten’. It was a breezy Spring evening and the group of us were sat outside enjoying the crisp air and flowing alcohol. And that’s when things got weird.

See, Gothenburg’s music scene is very small and insular / incestuious (delete as applicable). Everyone knows each other. It’s a given. And many an indie journalist would have you believe that there’s a holy trinity of Gothenburg bands: Studio, The Tough Alliance and The Embassy. They are important. And for someone with my particular taste in music, bordered on God-like. A Big Deal. If I’d have known whilst flying into Gothenburg that in a few hours I’d be sitting around a table with all three bands at the same time, I’d have probably faked illness and spent the night at Joel’s apartment being bullied by his cat, Esther. My idea of hell: surrounded by musical heroes. 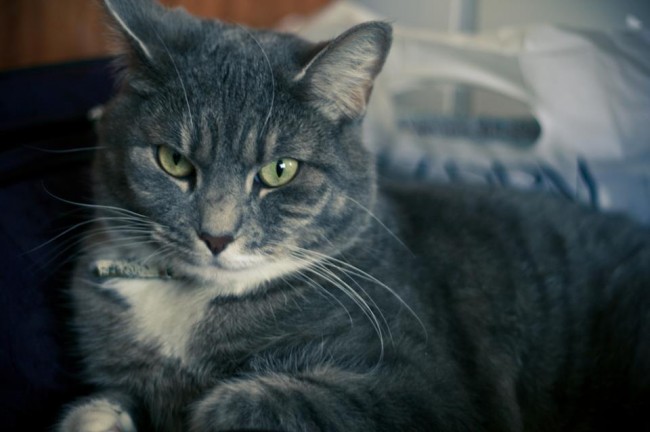 A flamboyantly dressed hipster approached the table with a smile (and a flask of whiskey) and, a few paces behind him was a familiar face. It was Fredrik from The Embassy. Joel introduced us in his usual disarming manner and we bagan to talk and joke around. Then, to my right – another familiar face suddenly appeared at the table – a tall guy covered in tattoos, wearing a russian hat. It was Dan Lissvik of Studio. And for a second, in my drunken haze, I took a step back and thought to myself – “Richard. As spontaneous as this moment is, you are in the company of three of your favourite bands – not to mention Air fucking France and Team fucking Rockit. Do. Not. Be. A. Dick”.

The ‘Holy Trinity’ were all sitting together. Albeit for maybe two brief minutes. Lissvik rushed off and Fredrik and his dandy looking friend had a party to attend. They didn’t have a clue I was, deep down, a bumbling fan boy. I’m glad. The last thing I would have wanted was for that brief moment to be tainted by a sudden outburst of “I love your music so much OMG you’re amazing”. I was just happy to be in their little union for a few moments. It was, as The Embassy would say – a Sweet Sensation.