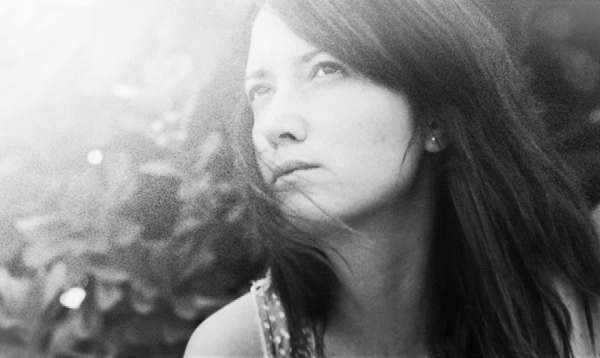 Did Victoria Bergsman, the woman behind Taken By Trees, quit being lead singer of The Concretes as they wouldn’t allow her to follow her dream of becoming the musical Judith Chalmers? We don’t know. But given that her last two albums have both been inspired by travel to exotica locales, Pakistan for East Of Eden and now Hawaii for Other Worlds, we’re going to assume so.

Actually, it isn’t just inspired by Hawaii, it’s an “impressionistic poem” to the sounds of Hawaii. And it’s not hard to hear the influence. Steel drums ring out, pedal steels mournfully wail, there are figurative washes of synths and literal sampled washes of presumably crystal clear water lapping over what we’re guessing is perfect golden sand. Oh, and the water motif reoccurs pretty frequently, so if you do have a weak bladder this probably isn’t the album for you.

The whole thing basks in the warm glow of diminished responsibility and informal time-keeping that could only come from an escape to an island paradise. In fact, it’s so laissez-faire, you half expect it to saunter up barefoot clutching a coconut thirty five minutes after you first press play. It drives you to drink. Not in an awful, suck down the meths, attempt to destroy your auditory cortex kind of way, but in a dude, it would be so nice to have a Mai Tai right now kind of way. It’s hammock-wave. Horizontal core. The new relaxed revolution.

Although, in many ways it’s strangely demanding for such a laid back record. When Bergsman said it was impressionistic, she wasn’t kidding. A lot of Other Worlds is sketched, abstract, impelling the listener to strain to fill in the detail. ‘Horizon’ lopes along, amidst dusk-in-the-jungle insectoid clicking and clacking. There’s the sad air of a half-hearted hula in the gently lilting ‘Highest High’, while ‘In Other Words’ manages to do a neat impression of ‘The First Cut Is The Deepest‘ in a coma. Dreamy textures abound: a spaced-out thick-headed fug of ambient atmosphere.

The album’s most interesting moments include the swinging calypso beat of ‘I Want You’, steel pans clanking away and the world’s politest M.C. toasting in the background. Or the sultry ‘Your Place Or Mine’, which takes the ethereal dubby thing and projects it through the prism of a 1980s Lionel Richie ballad. Plus, if you’d ever wondered what The Cure’s ‘Close To Me’ would sound like after Robert Smith had drunk three pints of Malibu, ‘Only You’ will be the end of a long and previously fruitless search.

This is an enigmatic album: idyllic, hugely pleasant and endlessly pretty, if at times a little aimless in the meanders which it takes. As fleeting bursts of escapism go, though, you’ll find few more blissful than this.

Listen to Other Worlds