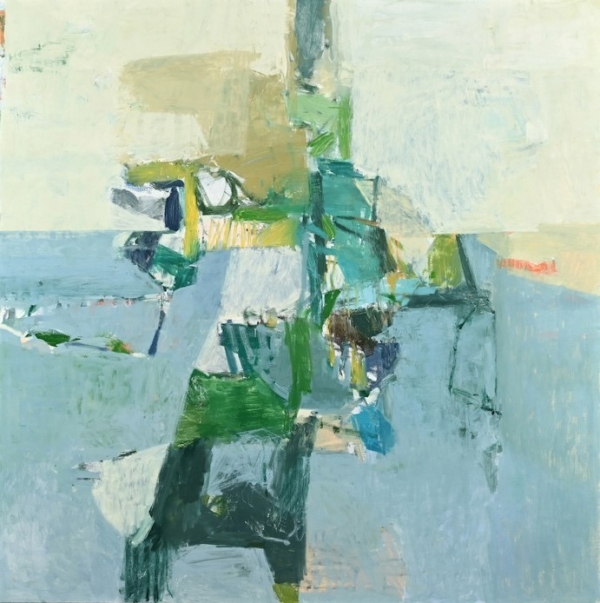 There’s more to Ryley Walker than the retro folk-rock vibes of early albums such as 2015’s Primrose Green. On stage, the Michigan-born guitarist-singer has always been prone to stretch out, with the songs acting as a lodestar to some high octane exploration where genres and conventions become meaningless.

More recent albums (2016's Golden Sings That Have Been Sung, 2018's Deafman Glance) hinted at an equally adventurous songwriting style without ever quite arriving at a totally comfortable position. Course In Fable makes those records sound like rehearsals for the real thing.

The languid "Axis Bent" (with hints of Wilco, another Chicago institution) aside, each tune seems rammed with more ideas than many bands' entire catalogues. Coupled with idiosyncratic lyrics that hint at personal confessions whilst being written in a particularly confounding yet compelling code, Walker's fifth full length (not counting numerous improvisational collaborations, most recently the explosive must-hear giga-jam Deep Fried Grandeur with Japanese psych astronauts Kikagaku Moyo) can initially overwhelm. Soon even the moments of toddler-esque hyper-activity cohere into pieces that combine truly substantial songwriting with a thirst for noodling like longhairs locked on an intergalactic jam band spaceship cruise, anchored by a band whose telepathy suggests they've been playing together forever; witness especially how the guitars of Walker and long-time collaborator Bill Mackay snake and curl enticingly around each other.

The wistful "Rang Dizzy" and the majestic, graceful closer "Shiva with Dustpan" nod towards Walker's past folky templates without even a hint of being a homage to some past master. The ghostly rattle of "Pond Scum Ocean" finds the band pounding away - quietly, as if they’ve hit on a killer groove but don’t want the neighbours to know - while Walker reels off head-spinning visions of a post-death victory laps amongst the tombs. A sense of clarity and good vibes prevails, with Walker singing more in his own skin than ever: when he issues a yelp during the Crazy Horse-hued fatback boogie that closes "Clad with Bunk", it sounds less like a tic copped from Tim Buckley than an impromptu expression of musical exaltation.

With the totally triumphant Course In Fable, Walker has devised the ultimate two finger salute to anyone who has ever pinned him down as an artist chained to vintage inspirations: this exciting, moving, beautiful and complex album sounds only and exclusively like Ryley Walker music. Listen to it with the attention it so richly deserves, and rewards.