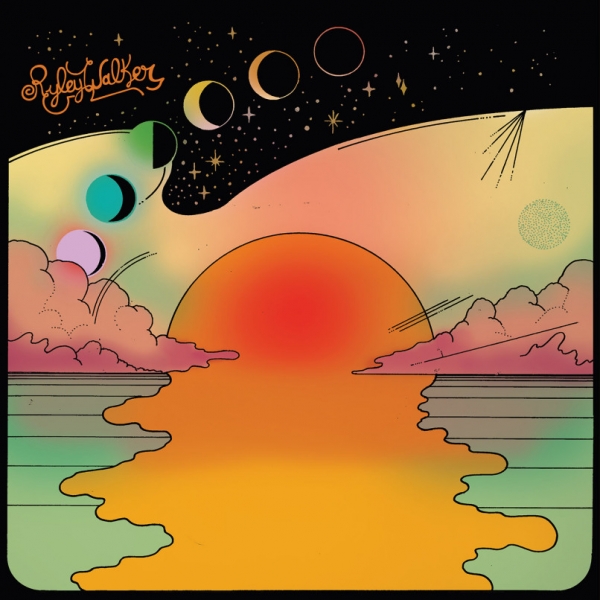 It’s hardly unheard of for artists to say negative things about their past output. It’s less usual for them to be mean about records that are genuinely great.

As such, Ryley Walker‘s recent unflattering comments about his second album are somewhat surprising. A huge step forward from 2014’s convincing but undoubtedly derivative debut All Kinds of You, the hypnotic, circular grooves of last year’s Primrose Green catapulted the 27-year old much closer to a sound that’s genuinely his and his alone, even as tunes such as “Same Minds” and “Summer Dress” remained deep in debt to such formative influences as John Martyn and Tim Buckley.

You won't have to spend that long in the company of Golden Sings That Have Been Sung to grasp why Walker's grown tired of his old stuff. Only the remarkably fluid yet showing-off averse - Walker treats guitar predominantly as a rhythm instrument - acoustic guitar-playing and the general musical milieu - a heady cross-pollination between folk, jazz, blues and psychedelia that was buried in the outer reaches of obscurity for ages but is now quite hip - remain unchanged. Everything else has acquired whole new levels of ambition, confidence and originality.

Let's start with the singing. No one with functioning ears could have reasonably doubted Walker's abilities in this area, but there have been times when the over-generously administered ecstatic yelps have ventured worryingly close to mimicry, if not parody, of Tim Buckley's vocal mannerisms. Not anymore; from the hushed, dreamy delicacy of "A Choir Apart" to carefully phrased "Funny Thing She Said", the weary ache of which is accentuated by a scratchy violin solo that appears to have waltzed in from a wake, Walker sounds like no one else but himself. Worthy of comparison to the contemplative peaks of 70's Van Morrison (whose underrated slow-burner beauty "Fair Play" Walker has been covering recently), the latter cut must rank amongst the most startlingly intense and intimate performances committed to disc this year.

Van Morrison is an apt point of reference in the sense that whilst it would be madly exaggerated to compare Walker's third album with the ageless wonder of Astral Weeks, it does represent a leap in creativity that brings to mind transition Morrison performed between the spirited but predictable rhythm 'n' blues rave-ups of Them and the meditative hymns of his first proper solo album. Walker's proven his merits as a singer and guitarist many times over, but it's now necessary to also rate him as a songwriter. Whereas much of Walker's past output is best described as jams that only fully ignite during unpredictably evolving high octane live explorations, Golden Sings That Have Been Sung comprises of actual songs. For example, "The Roundabout" provides an amusing glimpse into Walker's exploits in his adopted hometown of Chicago, where the album was produced by former Wilco member Leroy Bach, whilst the melancholy mystery of "The Great and The Undecided" unfurls with the weather-beaten weariness of Red House Painters whilst also hinting at the diary-writing methods of latter-day Mark Kozelek. There are some cracking one-liners here too, especially for a musician who's preferred to keep his lyric sheets minimal until now, such as "I don't read the Bible, baby/I think it says don't ask much" on "I Will Ask You Twice", the folkie directness of which sounds even more sparklingly pretty when parked next to the throbbing full band performances that populate the rest of the record.

Golden Sings That Have Been Sung manages to catch the restlessly churning, improvisatory lightning of Walker's live shows in the studio, whilst wisely cutting out any idling that could grate in home listening. Witness how the manic middle bit that the ominously rumbling "Sullen Mind" - echoes of the dark churn of electric Miles Davis around Bitches Brew - erupts into is brought back to earth just before it loses it freshness, or how the thudding crawl of "Age Old Tale" is decorated by clarinet and droning harp (which will sound deliciously familiar to fans of Alice Coltrane) to keep up interest during its unhurried journey. The band's performances throughout are extraordinary; "The Halfwit In Me" consists mainly of acoustic instruments, but its relentlessly shifting, interlocked riffs and rhythmic complexity resemble the likes of Sonic Youth and Tortoise (with a drop of vintage folk/jazz cult heroes Pentangle, too) much more than house-trained finger-pickin' fare.

What's really great about Golden Sings That Have Been Sung is that for all its unquestionable merits, there's a suggestion that Ryley Walker is only just getting started, and the next album or the one after that might be his masterpiece.