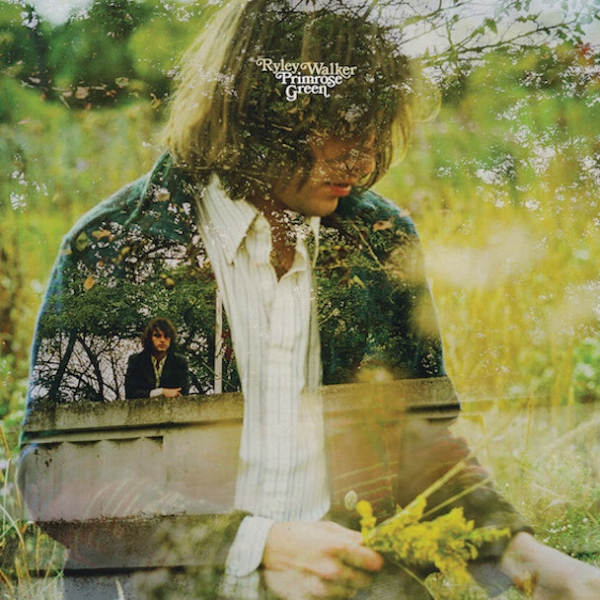 The fine yet still really quite obvious line between drawing inspiration from and just plain ripping off past masters is headline material again following the damages those responsible for Neanderthal disco smash “Blurred Lines” were recently ordered to fork out to the estate of Marvin Gaye.

In a way, the debt Ryley Walker owes to his inspirations is just as blatantly obvious as the similarity between the most omnipresent mega-hit of 2013 and Gaye's '76 funk opus "Got to Give It Up". For example, describing the loose-limbed "Summer Dress" without instantly mentioning Tim Buckley, more specifically the far-out explorations of Starsailor and Lorca, is only really possible if you've never happened to come across Buckley's wilder outings. The expressionist vocal style that favours how things are said over what is actually being said, as honed and perfected by Buckley and Van Morrison; the pulsating, heavily jazz-tinged grooves reminiscent of Pentangle; the ecstatic explorations into the borderlands of jazz, folk, blues and rock of John Martyn around Inside Out, with added touches of traditional British folk forms and the US odd-folk tradition that powered up much of Walker's debut All Kinds of You; it's all here, creating a spectacularly well-studied time capsule trip to the long-gone era when psychedelic influences frazzled the earnest edges of folk-orientated singer-songwriters.

So far, so derivative. However, Walker inhabits these timeworn templates with a conviction and drive that make copycat accusations seem ridiculous. As much as the innovators (who, lest we forget, were equally inspired by what had gone before them) Walker looks up to, this jazz-blues-folk-rock mesh isn't an ill-fitting role taken on in order to chase a fad or a bloodless pastiche that speaks volumes about a lack of original vision; instead, this ragged, loose, appealingly free-flowing music's quite clearly what Walker was born to play. Some of the credit belongs to the excellent combo the guitarist-singer from Illinois is joined by. As a composition, the title track - little more than an endlessly repeated, cyclical riff for musicians to throw licks at - isn't much to rave about. As electric guitar and piano attack the tune from unexpected angles, however, the performance picks up impressive momentum, resulting in a sparkling, restlessly churning yet still tight and focused groove that matches the themes of sunshine and strangeness in the song, inspired by a psychedelically assisted trip to a beauty spot. Although intensity dips a bit whenever Primrose Green tips its hat towards more traditional folk fare (the exception being the hypnotic solo closer "Hide In The Roses"), this level of inspired interplay is sustained for much of the album, resulting in a record that's both far too spirited to resort to retro mimicry and sizable step onwards from the more predictably retro finger-picking of Walker's debut.

Even so, there's a sense that Walker is holding back a bit, pruning these jams to better suit any short attention spans. Recordings of recent live shows find Walker and co. pushing the tracks much further-out; here, they pull back from the brink of the just about controlled chaos that, say, the fuzzed-out second half of 'Sweet Satisfaction' - otherwise a not so distant relative of John Martyn's "Don't Want to Know" - messes around with. But it's difficult to mind too much, especially as certain moments - such as the odd distress signals emitted by the guitar at the end of "Love Can Be Cruel" - suggest that Walker may be inching closer to locating a sound that's his and his alone.

Had Primrose Green been recorded in the era it's influenced by, it could well be among the records Ryley Walker would now be drawing inspiration from; high praise indeed.