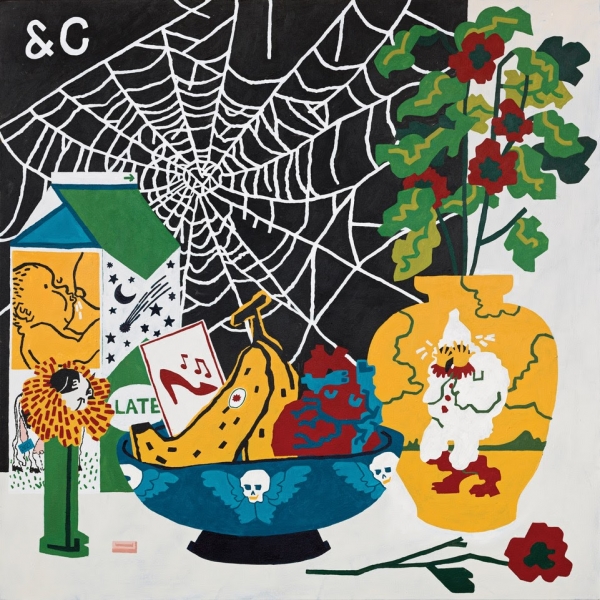 Parquet Courts have never been content to simply repeat themselves. From the nervy, amped-up delivery of their earlier work to the funk excursions of 2018’s Wide Awake, the band have built a reputation as NYC’s favorite effortlessly cool art punk experimentalists. In the lead-up to the band’s latest full-length album, Sympathy For Life, Parquet Courts once again turned to the alchemical allure of live music for inspiration. But this time, they’re no longer worshipping at the altar of spikey post punk. Instead, they’re dancing.

The band’s latest effort was envisioned as an attempt to capture the hypnotic reverie of a great party or DJ set, while filtered through the Parquet Courts’ live band chemistry. In some ways, the band already dipped their toes into these waters on Wide Awake, with its funk-tinged basslines and driving rhythm section. That approach reappears on Sympathy For Life with the clattering march of the opener, “Walking At A Downtown Pace,” which almost sounds like a Wide Awake B-Side. Similarly, “Balck Widow Spider” could fit well on Content Nausea or Sunbathing Animal, though now tinged with a Jim Morrison-esque vocal performance from Andrew Savage.

After, the band quickly veers into uncharted waters with the Kraftwerk-inspired digital minimalism of “Marathon of Anger.” Here the band crafts spacious psychedelic soundscapes, colored by bursts of watery electronic effects and the occasional hazy guitar line. Elsewhere the band does their best Talking Heads impression on “Plant Life,” descends into an insistent distortion-laden climax in “Application/Apparatus,” and explores tremendously danceable funk on “Sympathy for Life.” The record largely veers between these detours of sonic experimentalism and the band’s tried and true combination of shouted hooks and infectious guitar riffs.

The record loses some momentum near the end, however, with “Trullo” and “Puncinella.” Though “Trullo” does feature an excellent bassline, it also lacks the instrumental punch of the band’s best work and underwhelms vocally. Meanwhile, while “Puncinella” is undoubtedly the most heartfelt cut on the record, it also feels like a limp and meandering finish for what is ostensibly Parquet Courts’ dance album.

After the anything-goes approach and vibrant production of Wide Awake, Sympathy For Life comes off surprisingly restrained for a band like Parquet Courts. With the addition of raucous tracks like “Homo Sapien” there’s enough of their expected nervy post punk bangers in the mix to satisfy longtime fans. However, the band’s excursions into dance punk can sometimes feel too closely indebted to their influences and can result in a disjointed stylistic focus. Parquet Courts already proved their talent for infectious rhythms and danceable grooves on their last effort, so a full-on dance record from the band is a welcome left-turn. Yet, while there are undoubtedly highlights on Sympathy For Life, it seems like fans will have to keep waiting to see the band fully commit to their dancefloor ambitions.