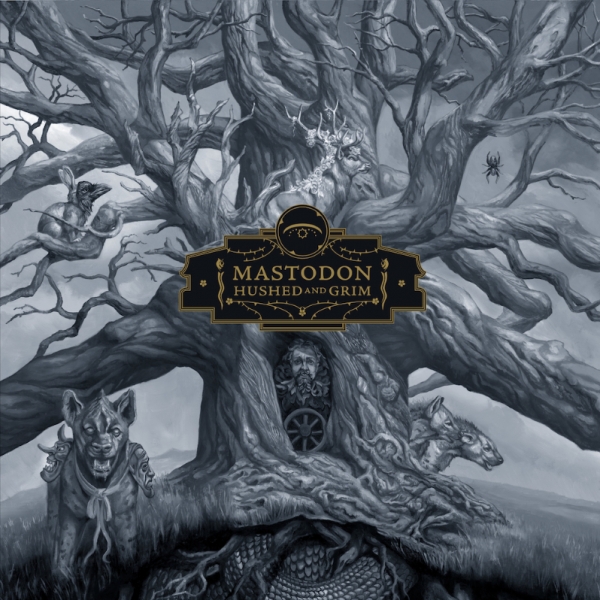 Though they formed in 2000, it was 2004’s Leviathan that turned Mastodon into the world class heavy metal band they are today. The album married enormous Pythagorean riffs, monstrous bass and simply the finest drumming heard on a metal album since the late 80s, to a curiously highbrow concept (the lyrics and music were loosely based on Herman Melville’s notoriously difficult 1851 novel Moby-Dick), showcasing the band’s seemingly limitless potential.

The following years saw the band playing incendiary live shows (often without saying a word to the audience), and exploring increasingly accessible material - despite starting out using elements of sludge metal, grindcore and doom metal, the band quickly evolved into a radio-friendly stoner rock band that used prog rock as a key to unlock their more challenging instrumental passages. Simply put, the band managed to challenge both Metallica for riffs (particularly on 2006’s Blood Mountain) and Queens Of The Stone Age for boogie (especially on 2011’s The Hunter), never losing an ounce of their scintillating power along the way.

Not content with being critically acclaimed, the band started to crack Top 10s around the world, with 2014’s Once More ‘Round the Sun and 2017’s Emperor of Sand reaching 6 and 7 respectively in the Billboard Top 200 albums chart. The latter also garnered a nomination for Best Rock Album at the Grammys - their first nomination in that category - and “Sultan’s Curse”, from the same album, won Best Metal Performance. If there’s any justice left in this godforsaken world, Hushed and Grim will do even better. This is a work unlike anything else in Mastodon’s back catalogue (its closest point of reference would be 2009’s Crack the Skye, which still remains their best album to date), and indeed unlike anything in the realms of modern metal outside of fellow Georgia iconoclasts Baroness’ Yellow & Green and Gold & Grey albums.

Hushed and Grim is an album of scope, of scale, and of sheer overwhelming size and grandeur. It also serves as a capstone, or a ‘greatest hits’ of sorts, where all of the band’s kaleidoscopic moods and textures are explored. For the first time on a Mastodon release, it also feels as though there are songs to showcase each of the band’s three vocalists’ talents as well as their well-documented instrumental virtuosity. Drummer Brann Dailor, bassist Troy Sanders and guitarist Brent Hinds all really, truly shine as vocalists here, and the only member who doesn’t sing on Mastodon albums - guitarist Bill Kelleher - has ample opportunity to make his presence known with his signature knotty riffs.

Mastodon’s dexterity as a collective is exhaustively, conclusively shown throughout the album too. There’s catchy rock ‘n’ roll here (“Teardrinker” is a career highlight), but there’s also blistering thrash metal (“Savage Lands”, the opening of “Peace and Tranquillity”), and some really emotive ballads, particularly “Had It All”, which is heartbreaking. “Gobblers of Dregs” twists and bends Soundgarden and Alice In Chains into wonderful new shapes over its near-nine-minute runtime. “Eyes of Serpents” starts off promising you Pink Floyd ethereality but gradually evolves, exponentially, growing into its elegant muscularity and bringing forth some measure of thunderous power.

“The Crux” - one of the handful of power ballads here - highlights the band’s collective growth as songwriters over the years, as does “Dagger” (but for different reasons entirely). “Gigantium” is also a key indicator as to the band’s collective strength. Another accessible cut (if you still need a point in the right direction if you’re here for the singalongs) is “Skeletons of Splendor”.