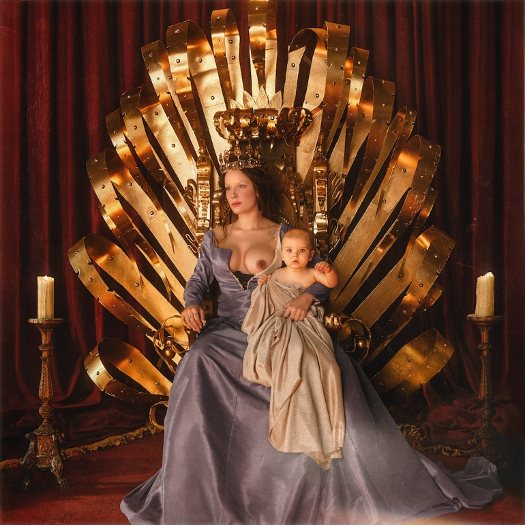 Halsey has always wanted to be a mother more than they wanted to be a pop star. For years, she’s been trying to break out of the clutches of pop, but the legacy of her breakthrough album BADLANDS and association with The Chainsmokers and BTS held her firmly in that orbit. Both of those goals materialise on her latest, If I Can’t Have Love, I Want Power, which explores the implications of childbirth while abandoning arena pop in favour of textured alt. rock and pop punk.

Though I couldn’t wait for this release, I had some reservations. Halsey's autobiographical LP Manic from early 2020 pulled out all the stops addressing bipolar disorder, toxic relationships, miscarriage, and sexuality. It was an imperfect record, made by an imperfect human, well aware of their imperfections. Many of Halsey's counterparts have been trying to channel a similar vibe, but I have always found the result too polished, too calculated, too pretty. Manic's beauty lay in its messiness. So how could If I Can't Have Love, I Want Power, an album about pregnancy and motherhood, possibly recreate any of that raw and unhinged energy? And why would it even want to?

Halsey had been hinting at this new era for a while, but the experience going into it was still blind. There were no singles, barely any interviews, and a couple of snippets from her IMAX film of the same name. All our expectations of what If I Can't Have Love, I Want Power could be were based on an anonymous Instagram account with dark aesthetics, a cryptic website, and the fact it was produced by Trent Reznor and Atticus Ross of Nine Inch Nails.

Reznor's haunting, "Hurt"-esque piano enveloping around Halsey's velvet vocals on opener "The Tradition" is a promising but not entirely convincing start. The menacing beat on "Bells Of Santa Fe" and its overall When We All Fall Asleep, Where Do We Go? vibe gives it a push. Yet, it's not until the third track, "Easier Than Lying", that the album finally picks up the pace, becoming unstoppable. The gritty punk rock attitude showcased on Manic's "3am" and "I HATE EVERYBODY" comes into the foreground and thrives in its industrial production that has NIN written all over it. By the time Halsey spits out "I am disgusting, I've been corrupted" on "Lilith", the last word glitching like a damaged audio file, I am convinced that she, Reznor, and Ross are a match made in heaven.

The production is gorgeous, intense, but never overdone. Halsey's collaborators are as happy to generously sprinkle distortion as they are to take a back seat. Songs that are simpler are breathtakingly tender. "Only you have shown me how to love being alive," Halsey sings in "Darling", a lullaby for their newborn baby backed only by Lindsey Buckingham's fingerpicked guitar. She is ready to take responsibility not just for her own, but also someone else's life. She is still learning to co-exist with her demons, and while If I Can't Have Love, I Want Power comes from a more mature place, this is the same person who asked us "are you insane like me?" only two albums ago.

The closing track "Ya'aburnee" is a tearjerker. In this love letter to their son, Halsey hopes that he will be the one to bury her, not the other way around, as any parent wouldn't handle the pain of losing a child. Earlier, Halsey openly spoke about her struggle with endometriosis and multiple miscarriages. "Wonder will we ever meet? / And would you know it right away / How hard I tried to see your face?" she sang in the 2020 track "More". What a beautiful and emotional full-circle moment.

If I Can't Have Love, I Want Power is truly a gift that keeps on giving. With the exuberant "Honey" possibly referring to Halsey's bisexuality and featuring Dave Grohl on drums, the heartbreaking and vulnerable "Whispers", and the album's most cathartic point "The Lighthouse" - this is their absolute best work to date. "I love every second, it's fucking fantastic," she exclaims halfway through, perfectly encapsulating everything I feel about this album. With art this bold and ambitious, Halsey doesn’t really have to choose between love and power: they deserve both.