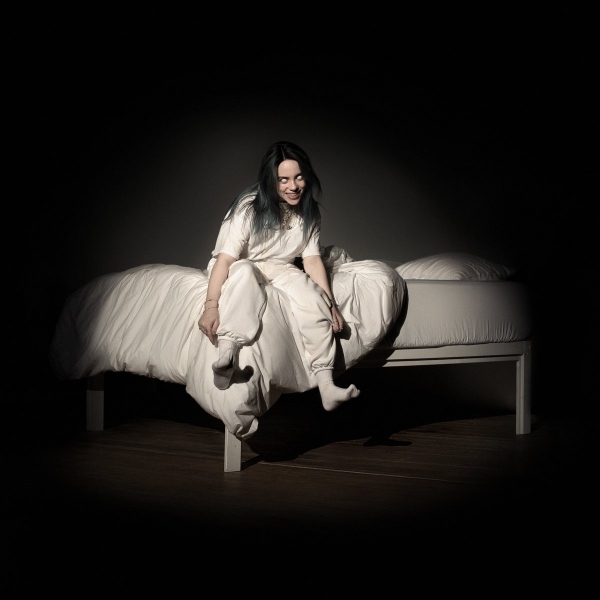 Billie Eilish has curiously found herself as something of a teen phenomenon despite presenting herself as the absolute antithesis of the modern-day music industry.

In an era that is reliant on streaming and features to achieve an ever-changing vision of success, Billie is doing something entirely different. Her debut album When We All Fall Asleep, Where Do We Go? was written and produced with only one other collaborator, her brother Finneas O’Connell. It’s dark, unpredictable and above all, exciting.

Billie commented that once preceding single "Bury A Friend" was written from the perspective of the monster under the bed, the record made complete sense to her. “I immediately knew what it was going to be about, what the visuals were going to be, and everything in terms of how I wanted it to be perceived. It inspired what the album is about.” Both the track and its Michael Chaves directed music video were a statement of intent from this young artist, channeling her anomalies into a fully realised creative vision that was as unsettling as it was astounding. The song itself is ominous, creepy and distressing as Billie floats down a corridor pleading “what do you want from me? why don’t you run for me?”. It has a similar morose fascination as The Cure’s "Lullaby" video or Die Antwoord’s "Ugly Boy", a resistance to watch yet an inability to turn away.

Fortunately this epic ode to creatures lurking in the dark was not a red herring for Billie’s debut. It’s an anxious, chilling collection of tracks that are simultaneously supernatural and undeniably human. "xanny" vilifies her stoner circle as muffled beats meet lazy percussion, twinkling piano contrasting Billie’s drawl. "wish you were gay" may be problematic in its desire to change someone’s sexual orientation, yet the burning teenage frustrations of unrequited lust are captured exceptionally here.

On "you should see me in a crown", the monster has crawled from underneath the bed and has its sights set on world domination. Whilst the disturbing "ilomilo" sees the demon is in a place of contemplation, borrowing the downbeats from "bury a friend" and pining for a home. "all the good girls go to hell" sounds like a haunted "Say You’ll Be There", Billie’s distorted voice whispering the ungodly hook of "my Lucifer is lonely". She flips so effortlessly between religious metaphor and relationship disputes, using the two to enhance the track’s overall narrative. The breathtaking "bad guy" is Billie at her most sadistic, complete with obnoxious lyrics including “make your mama sad type, might seduce your dad type”. Wearing her antagonist persona with pride, she boasts about her wrongdoings before the track collapses in on itself altogether and she utters one of the albums most distressing lines, “you said she’s scared of me? I mean, I don’t see what she sees but maybe it’s cause I’m wearing your cologne”.

What makes this album so fantastic is Billie’s commitment to disruption. She captures studio dialogue, records dental procedures and even samples Michael Scott. For each of these risks, a sense of life is injected into this album. "my strange addiction" should not conventionally work as a pop track with its visceral lyrical content and Threat Level Midnight audio yet the trip-hop beats and infectious hook make this a clear standout. The album’s self-referencing quality is evidence of Billie’s understanding of her own artistry. The sophisticated "Ocean Eyes" sample that introduces "When The Party’s Over" shows Billie is already aware of her development and trajectory, a decision not to include the 250M streamed hit on her debut shows absolute confidence in her artistic proposition.

The dewey-eyed Eilish from that very first video doesn’t have a place on When We All Fall Asleep... Over three years, aided by her brother, she has been given the space to naturally explore and experiment. She has created an album so unquestionably true to her quirks and personality traits that fans are offered a true insight into her process and psyche. This openness means they will be invested for the long run. Substance over streaming.